I know I’m not the only one that shakes her fist at the astronomical price of cable tv. At its peak, our bill was well over $200 with cable tv and internet combined and it seemed like such a poor use of hard earned money. We aren’t home that often, my kids watch more movies than actual television, and Matt and I prefer to binge watch television shows over tuning in week after week. I might be late to the game on this but we cut cable about a year ago and haven’t looked back. Here’s how we cut cable, and my honest review of PlayStation Vue. 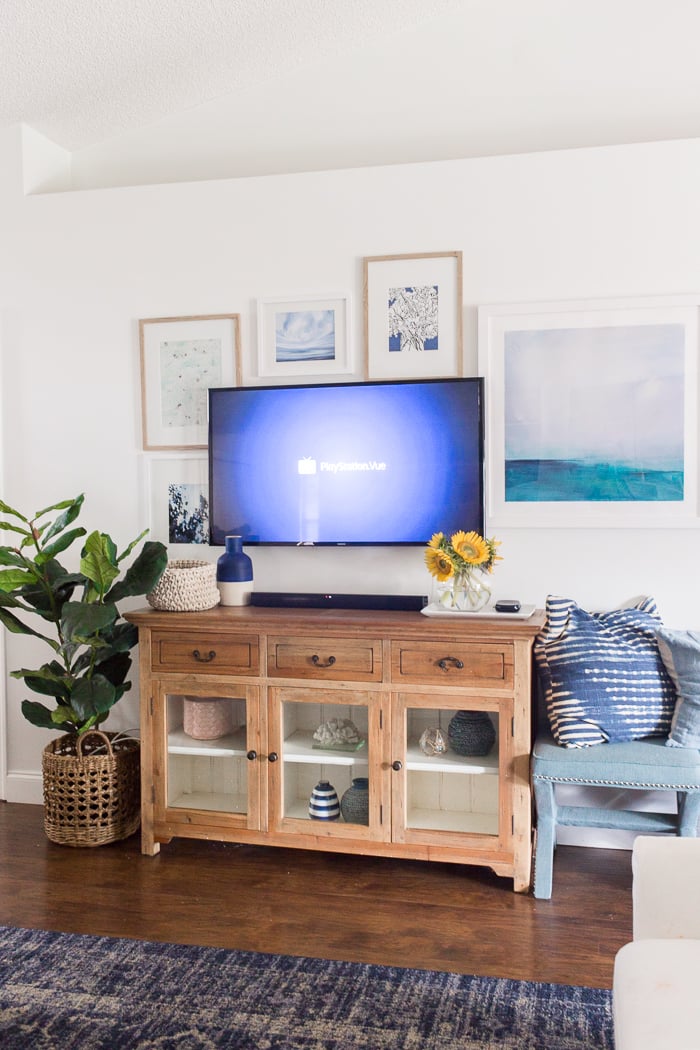 How we cut cable – A PlayStation Vue review

What we needed:
We already had streaming services,  Hulu and Netflix, which we used 80% of the time. The only thing we really watched on cable was the news and sports. So when looking for a live streaming service I wanted it to have sports channels, news stations, and maybe one kids channel.

What we switched to:
We ended up with PlayStation Vue because it offered all of the programming we wanted for a fraction of the cost of cable. We have the “Access” Package which is the lowest package offered. It gives us about 50 channels including some channels that were important to us like; two local stations, cable news stations, Disney Channel, Bravo Network (hi RHOC), and ESPN.

In addition to PlayStation Vue, we use streaming services Hulu which is my favorite for more current shows and Hulu exclusives. They also have great children’s programming  We also use Netflix and Amazon Prime Video. We buy almost all of our movies using Amazon Prime Video now. It’s so easy to click a few buttons on the remote to play Mary Poppins instead of trying to find where in the world I placed the DVD.

What it costs:
We ended up saving about $100/month by cutting cable. We still pay a significant amount for our the fastest available internet because we now stream all of our television programs. The PlayStation Vue streaming service is $45/month. You’ll also need a way to watch which could be an additional investment. We use a Roku device because we already had it. We pay $8/month for Hulu and Netflix is paid for in our cell phone plan. 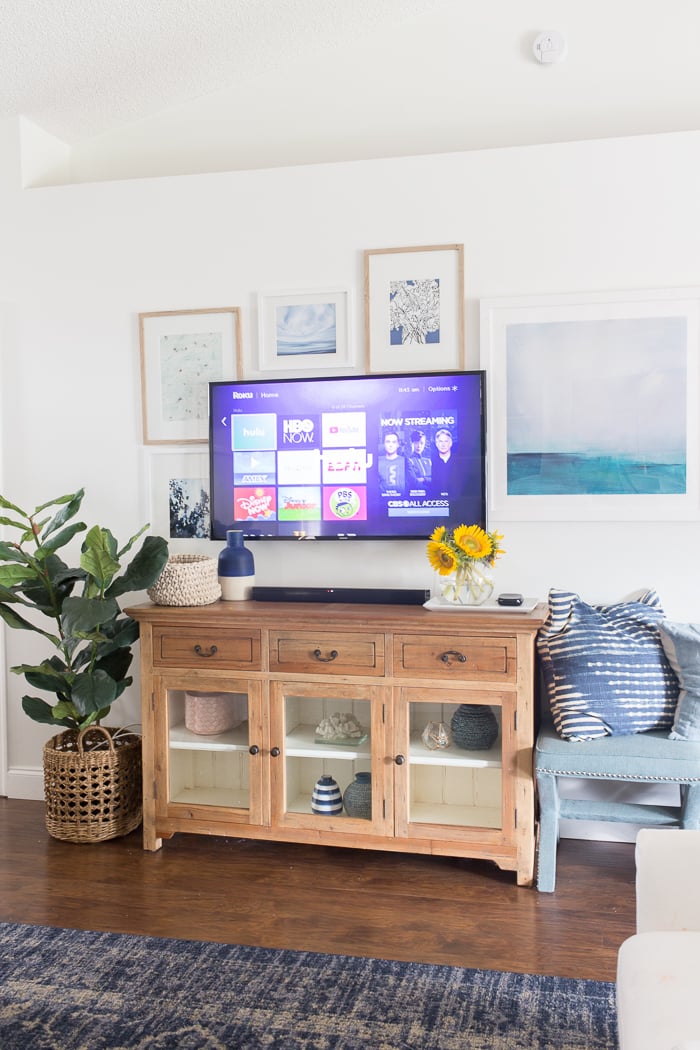 How we watch:
One thing I love about PlayStation Vue was that you can stream with a Roku device. A Roku is a streaming device that allows you to add streaming apps to it. Our favorite apps for the Roku are Hulu, Netflix, Amazon Prime Video, PlayStation Vue, PBSKids, and YouTube. If you want to ditch cable completely and not even bother with a live streaming service, you can still watch a ton of programs just using the Roku.

Favorite things about PlayStation Vue:
I appreciate the available channels on PS Vue and that it provides the live TV option that you don’t get with other streaming services. What’s even better is that it has a DVR option where you can add your favorite shows to your “DVR” list and then whenever that show comes on, it automatically saves it for you so you don’t have to tune in live to watch. This is a luxury that cable providers usually provide at an additional cost but it’s included with PS Vue. Additionally, PS Vue has an on-demand feature where you can typically watch the latest one or two episodes of available shows. The girls love that they can watch multiple episodes of Muppet Babies on-demand. 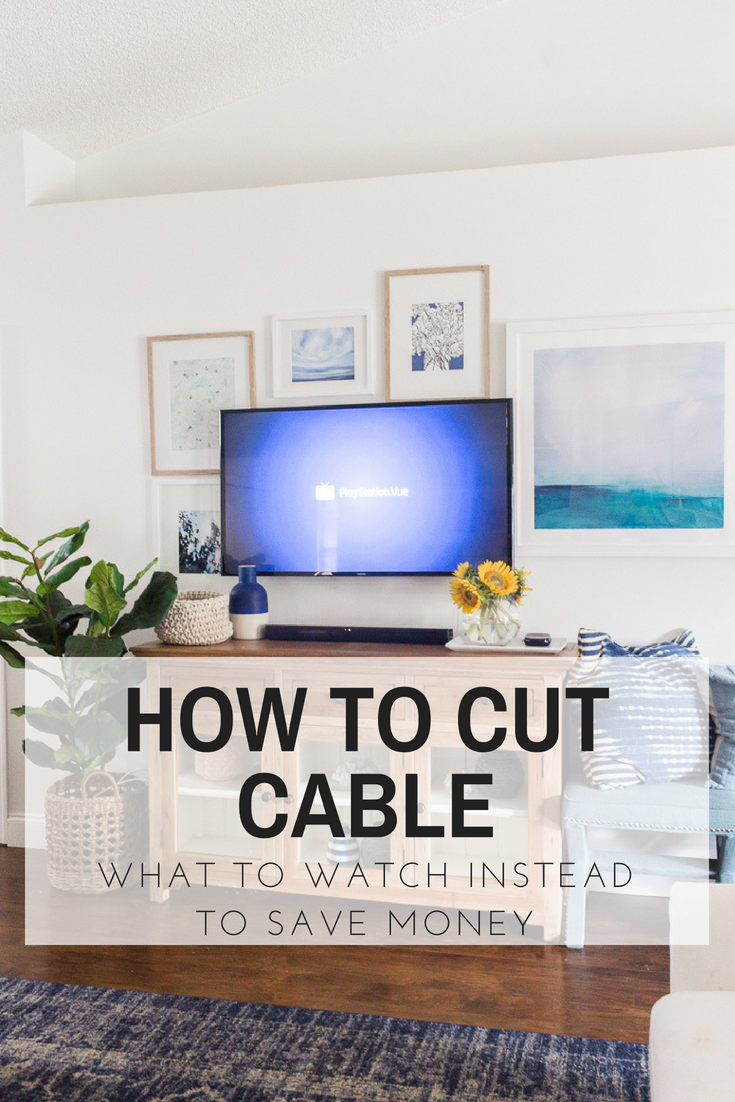 Do you still have cable? Have you considered getting rid of it? What are some of your favorite shows to watch? 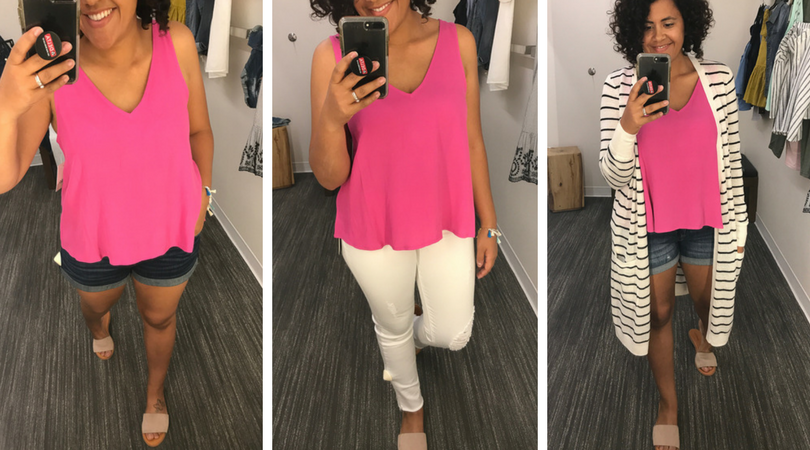 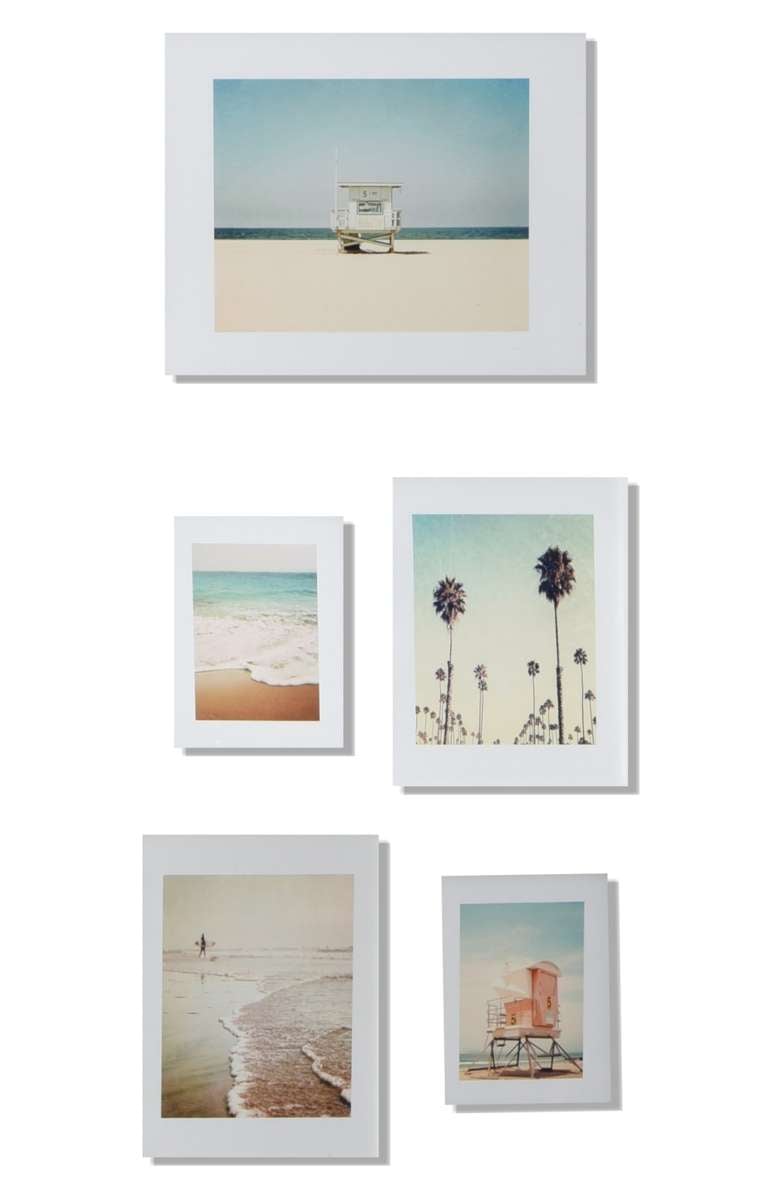 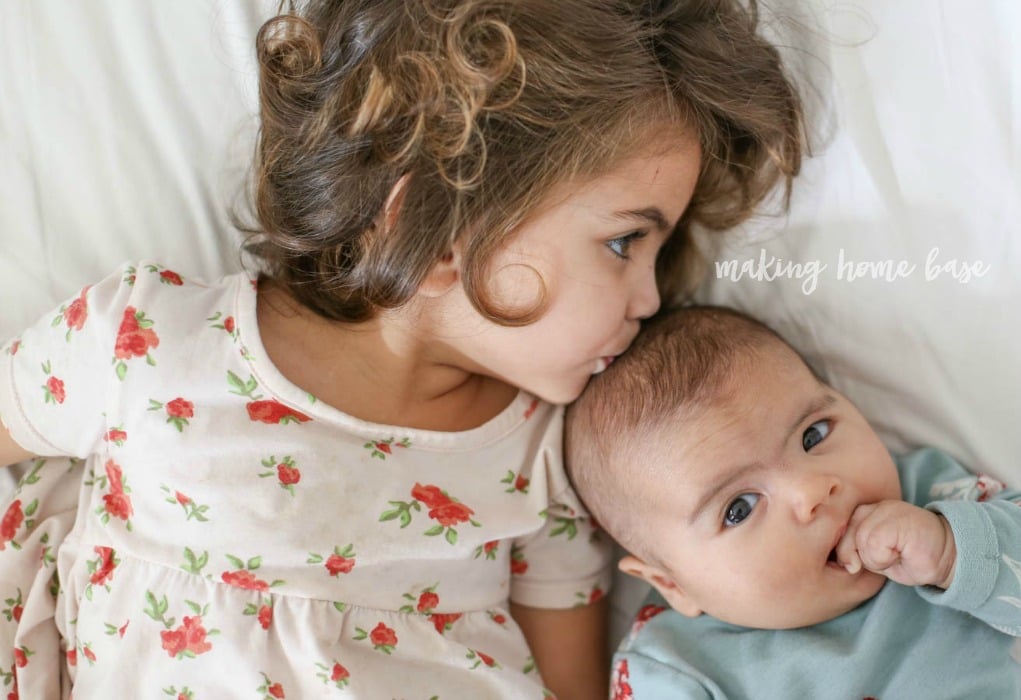 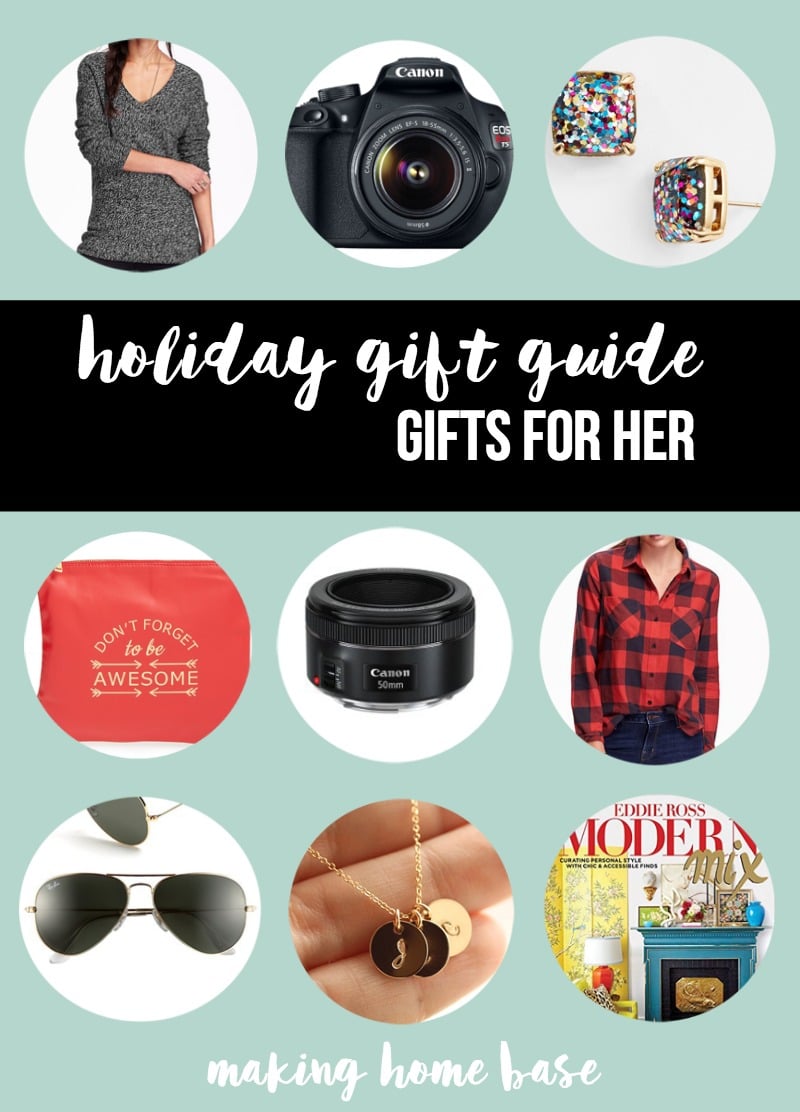 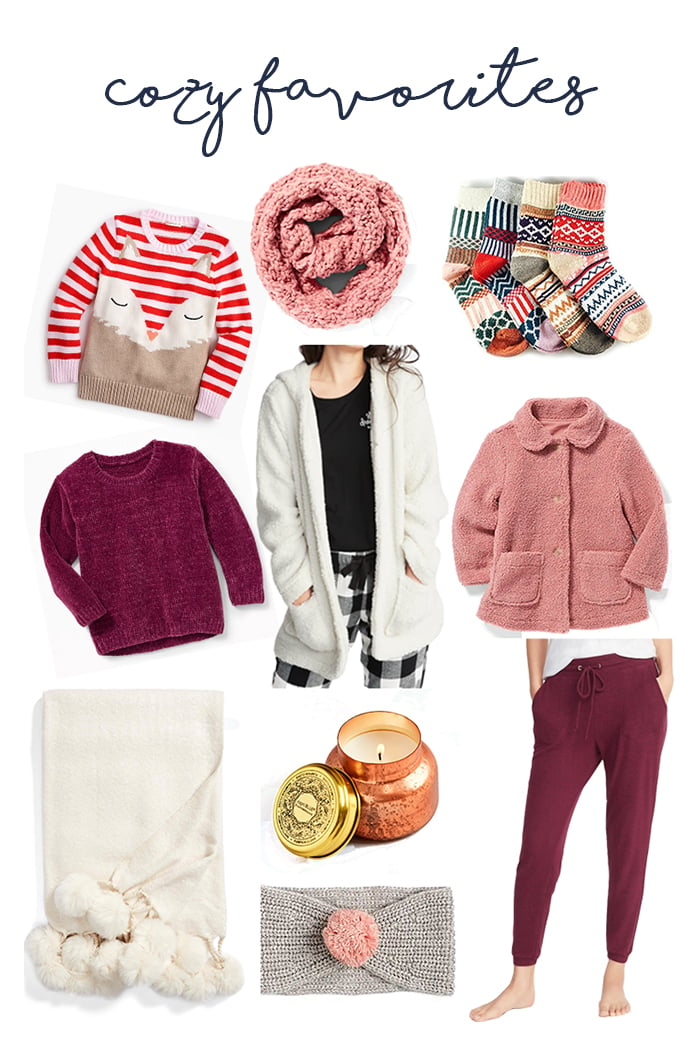 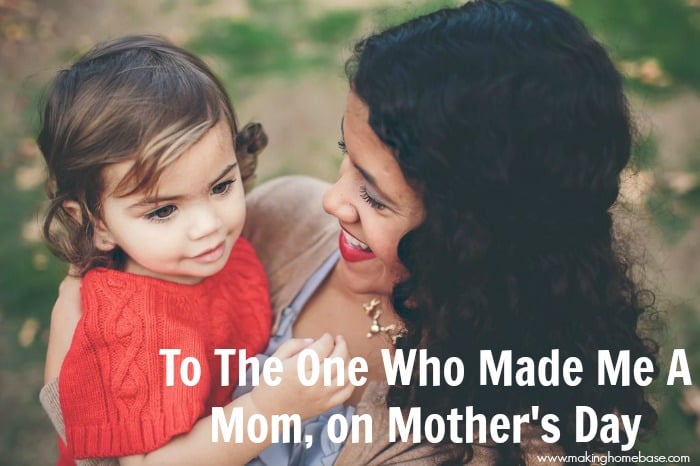