It’s true! Did you catch me in the February issue of Better Homes and Gardens?

For the entire month of January, I would peruse the magazine stands every time I found myself at Target waiting to see my feature!

Anytime a friend or blogger I follow gets a magazine feature, I always love hearing the story about how it all came to be. Today, I thought it would be fun to tell you the story of that one time I was in a magazine. 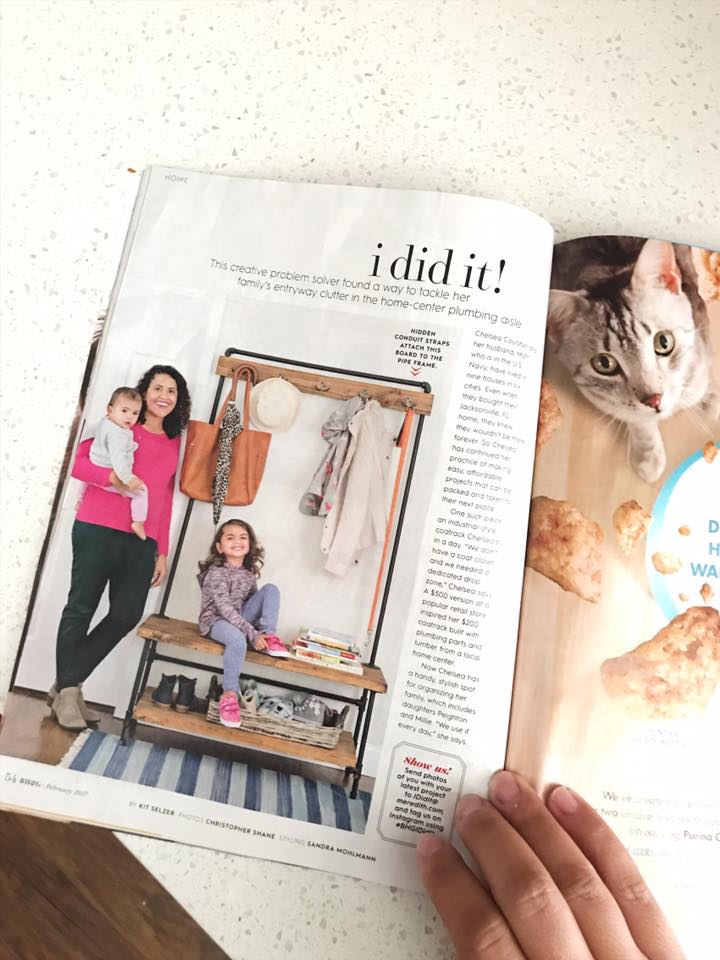 It all started last summer when I got an email from a BHG editor asking about my DIY entryway organizer. She simply asked if we still had it (we did). I held my breath, crossed my fingers, and replied: YES! We emailed back and forth for a bit, had a call, and they wanted to come photograph the project for the I did it feature of the magazine.

Fast forward to October. I was set up with a stylist and photographer that we’re coming up from Charleston, SC for the shoot. A week before our photoshoot was slated to take place we had hurricane Matthew blow through. We didn’t sustain much damage (just a down tree) but Charleston had a lot of water so we weren’t totally sure that they would be able to make it down to Jax. It was a little touch and go for a bit but it worked out perfectly. 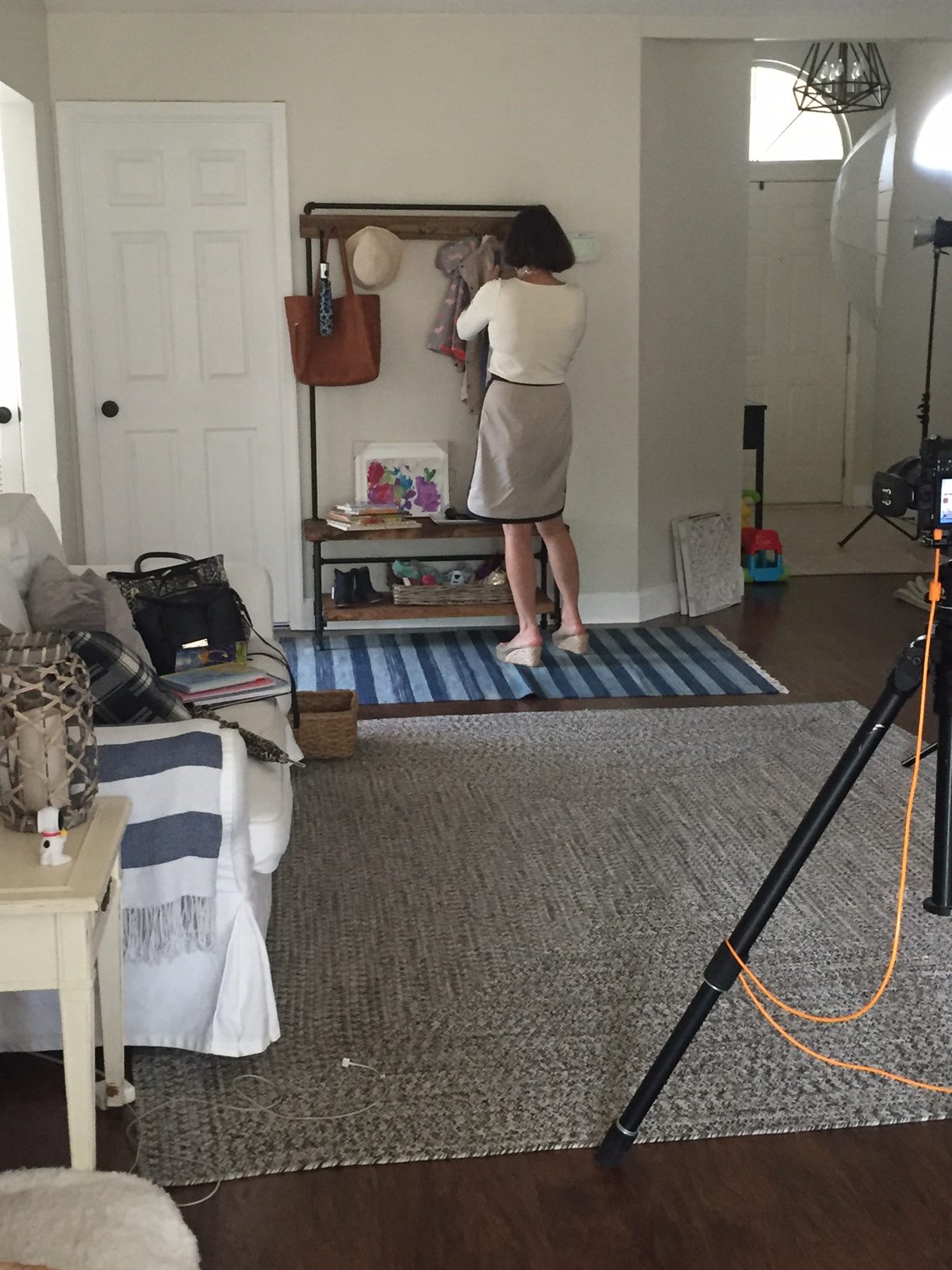 The stylist, Sandy came a few hours ahead of the photographer to see the project and my closet before finishing her prop shopping for the shoot. We decided it was best that we find something for me to wear since my typical mom-iform is basically leggings and t-shirts. After we got the outfit, she allowed me to tag along with her to shop for props for the shoot and that was so much fun. Later that day the photographer, Chris, arrived.

We moved the organizer to this wall near my bedroom door because my real entryway was too narrow and dark for good photos. Sandy went to work styling the organizer. I mostly just watched in awe. She has such a great eye. 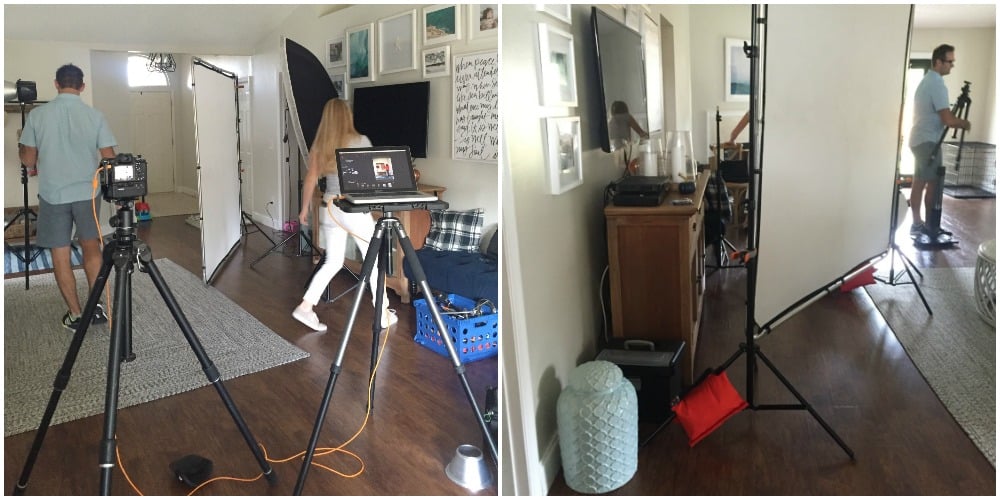 The next morning they came back and it was GO time. Chris and his assistant came armed with a ton of gear. They set up a camera and computer and panels and lights (and I tried to take notes in my head because I still haven’t figured out this whole lighting thing) and started taking photos. He would take a bunch of photos and then we’d take a peek, he would trash any that Sandy and I totally hated and then, we’d take a break while he sent them off to the editors at BHG. They would look them over and write back with any changes that should be made. It felt like many hours of smiling and posing but it was probably just a couple. Right before we called it a day, they wanted to snap a few pictures that included the girls. I had taken them to my neighbor’s for the day so I ran and got them. We changed into some January in Florida clothes and posed them in the photos. At first, Peighton wasn’t having it. Then, she really got into it. They had her pretend as if she were putting her shoes on. She loved that. So she smiled big and Millie just was happy to be in my arms while these strange people tried to get her to smile (failed). After just a couple of minutes, Chris had the shot and he sent it off to BHG. 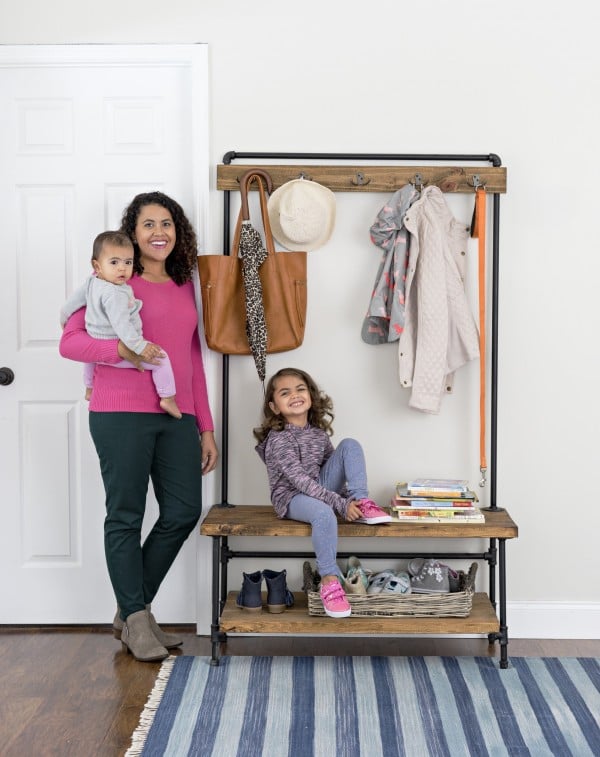 They loved the shot with the girls so much that that is the one they picked for the feature! I couldn’t be happier with that pick because it’s so fun to share this whole experience with my girls.

After that, they packed up and were gone without a trace. If you find yourself at Target grab the February issue of Better Homes and Gardens and flip to page 54 🙂 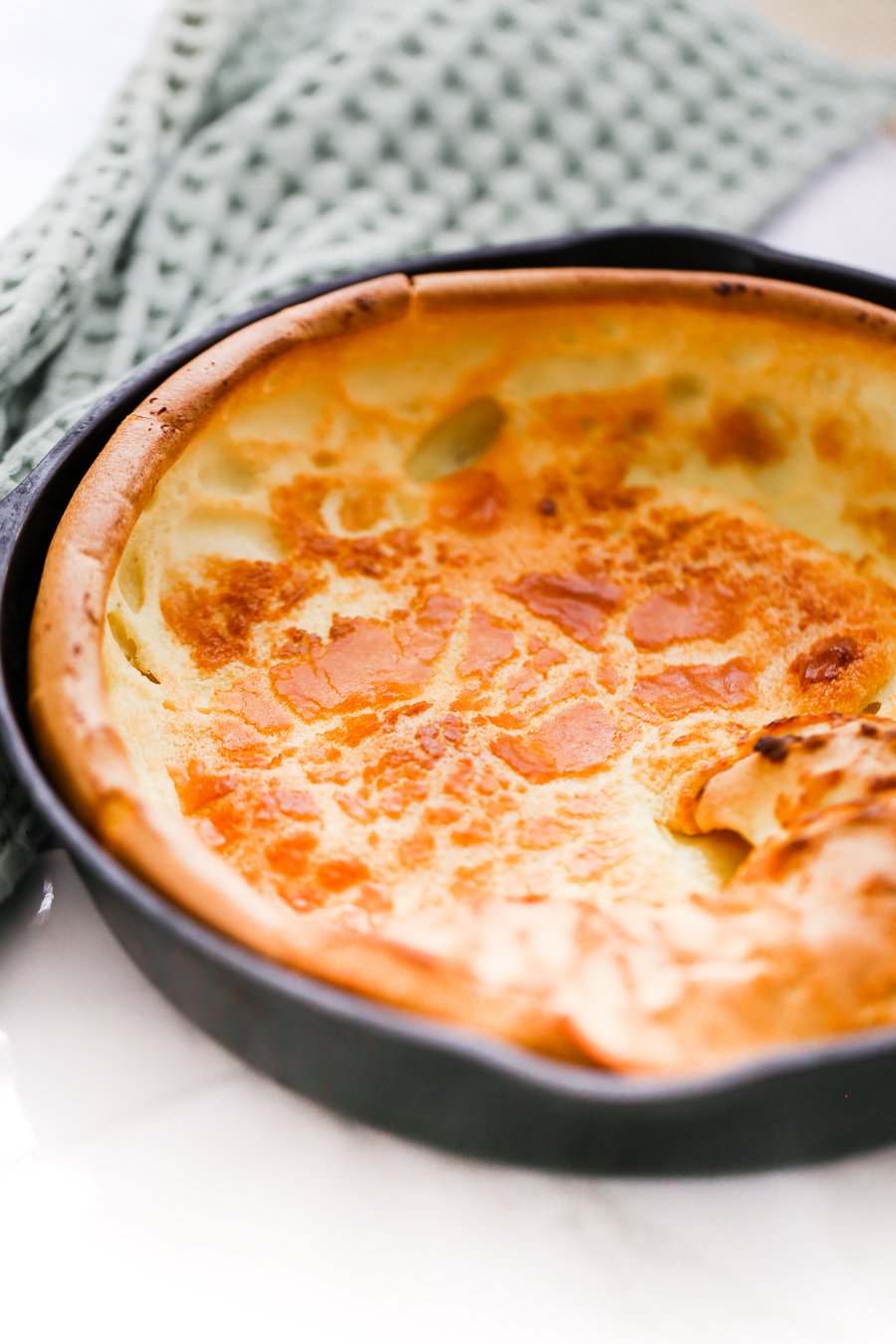 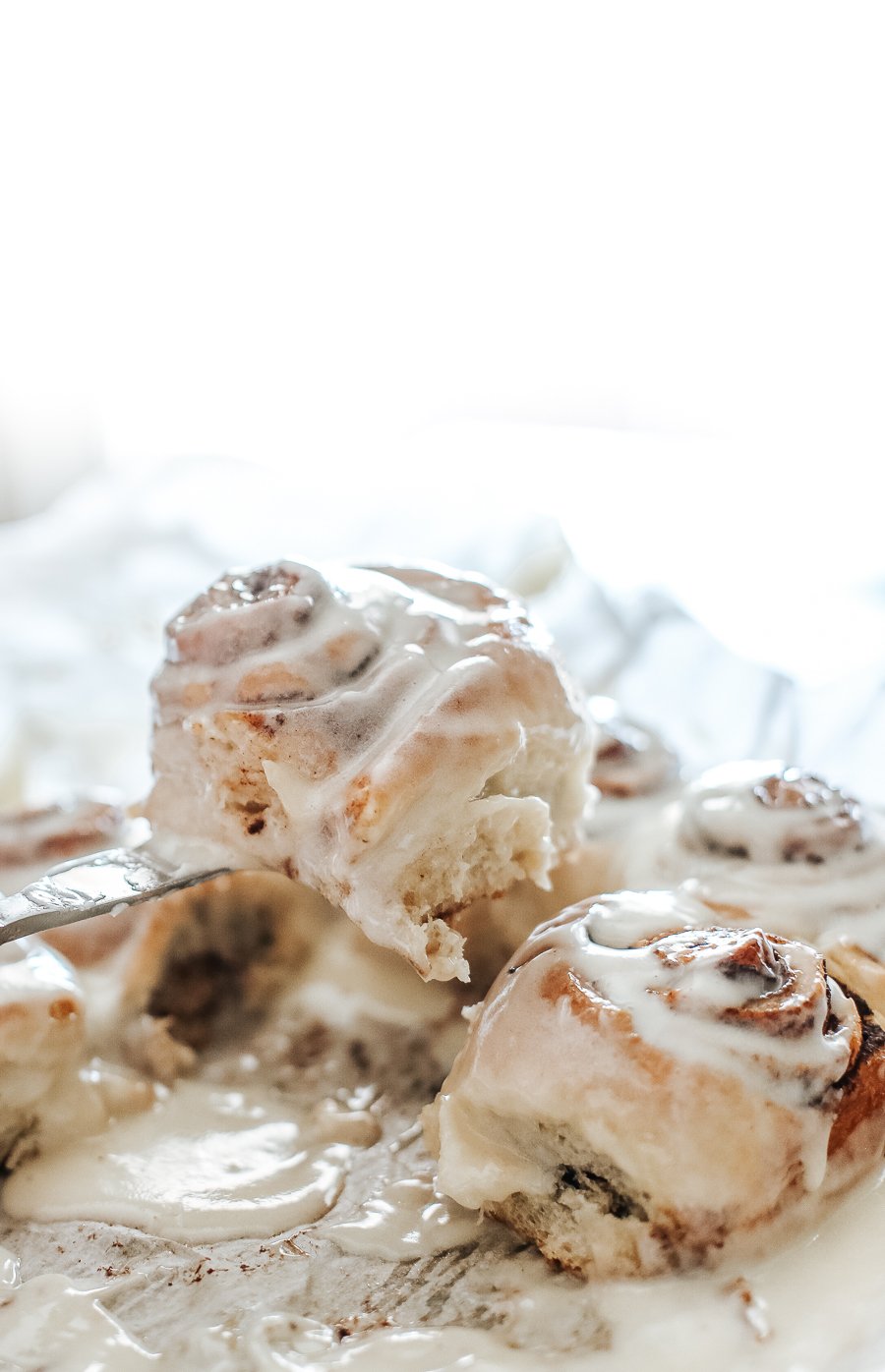 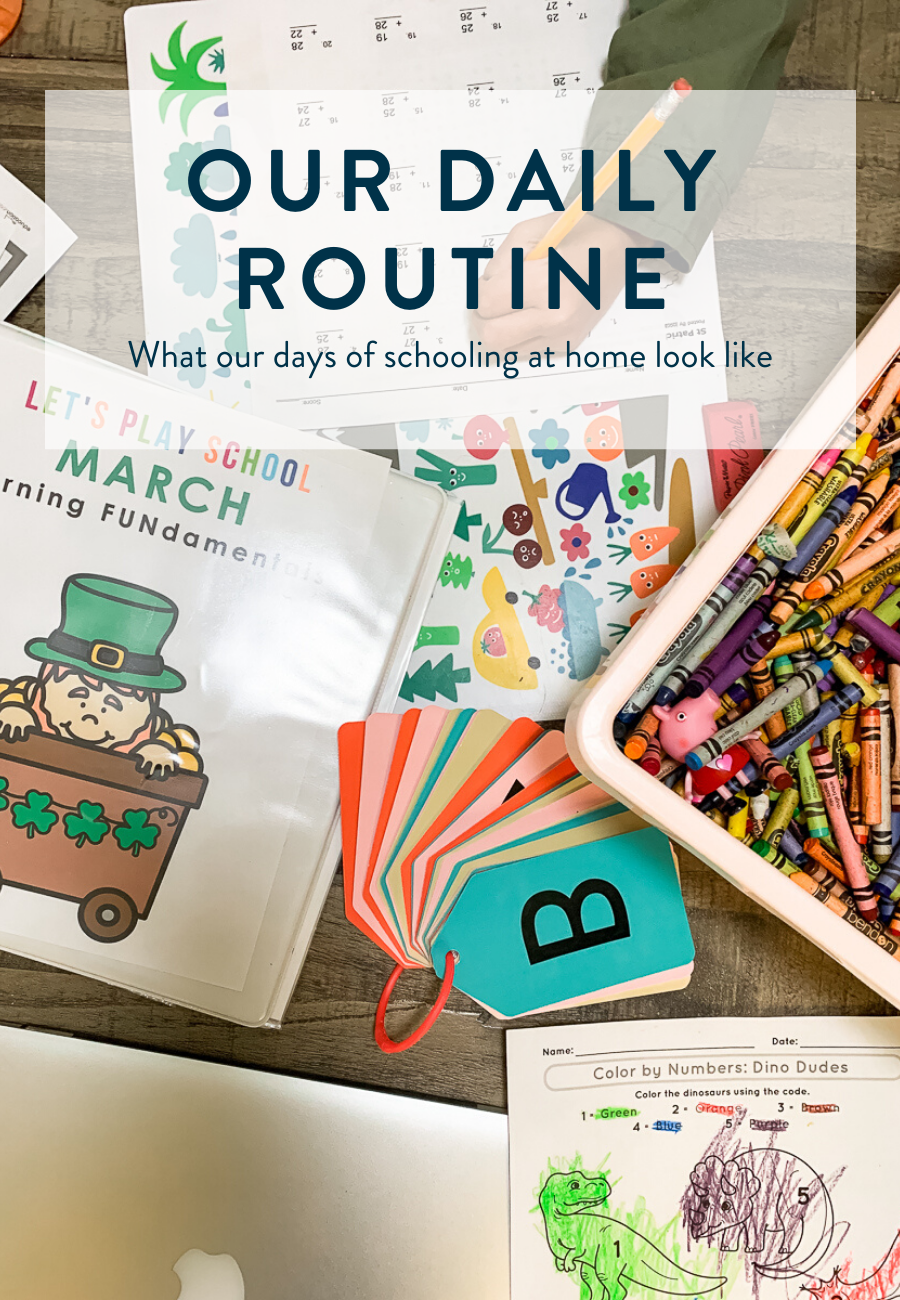 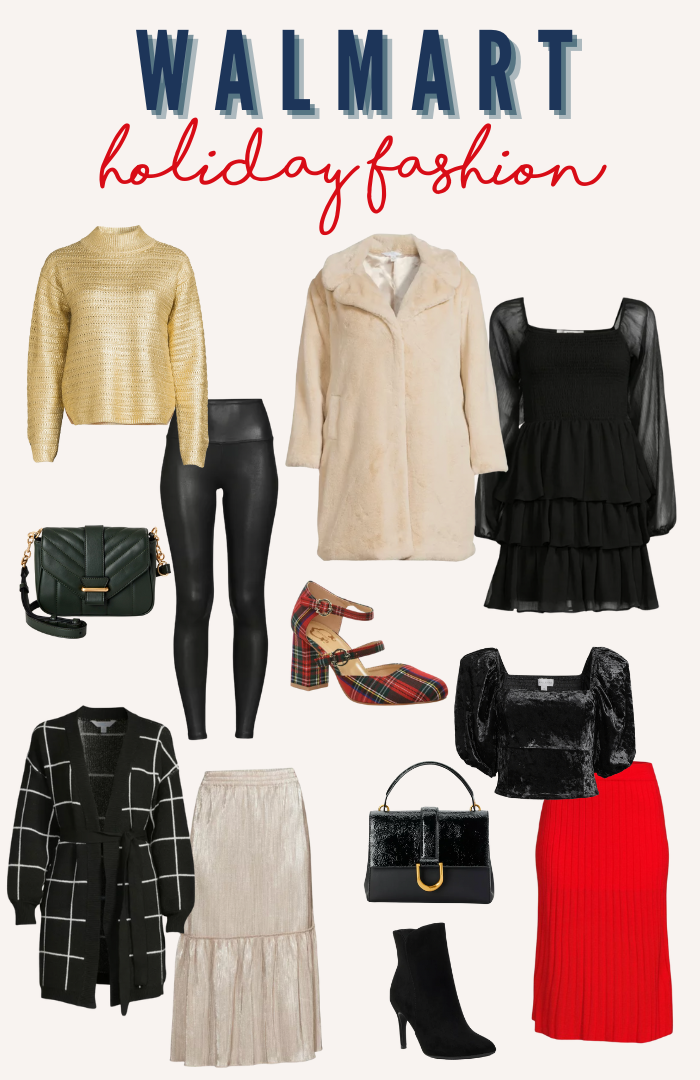 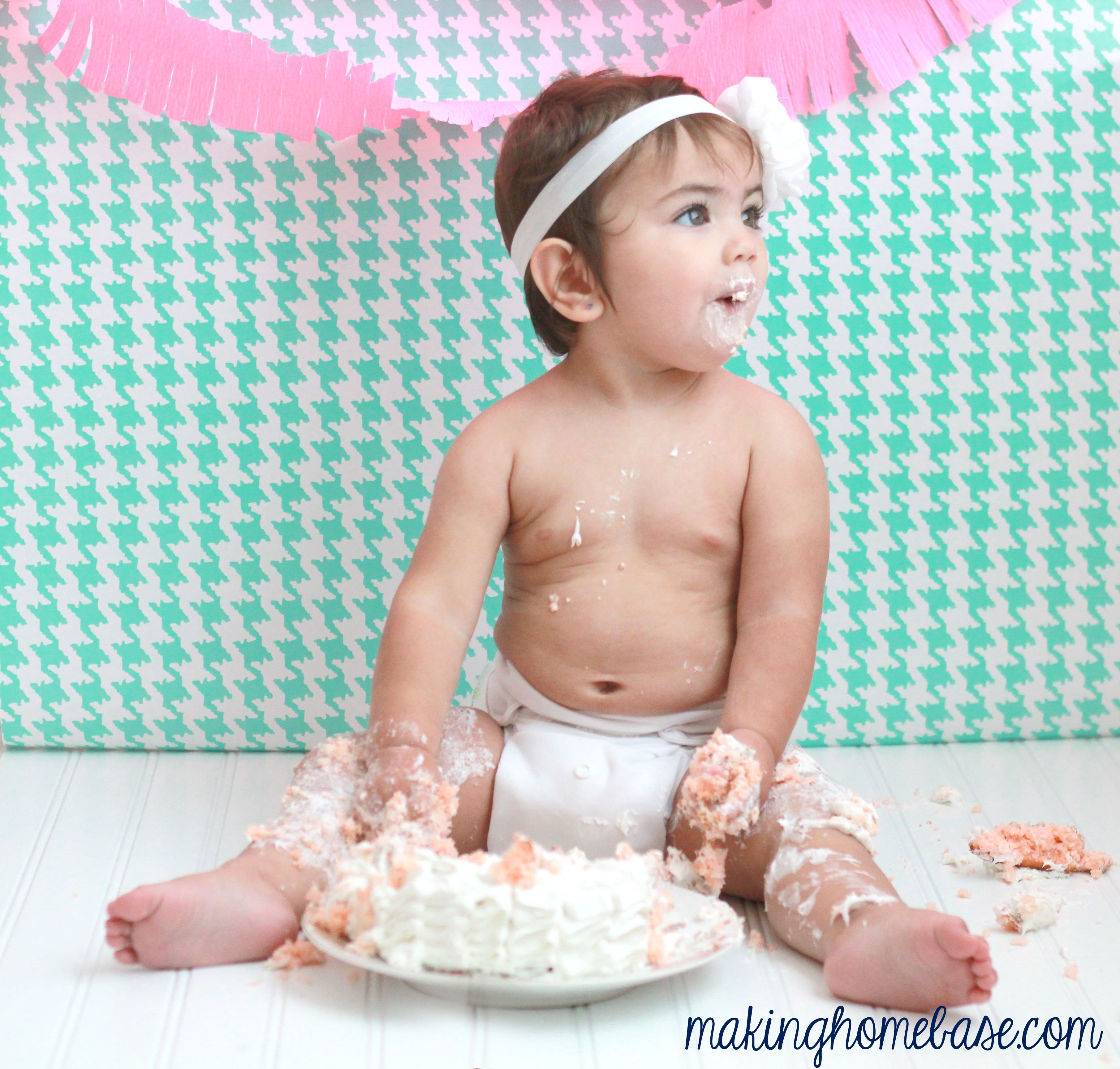 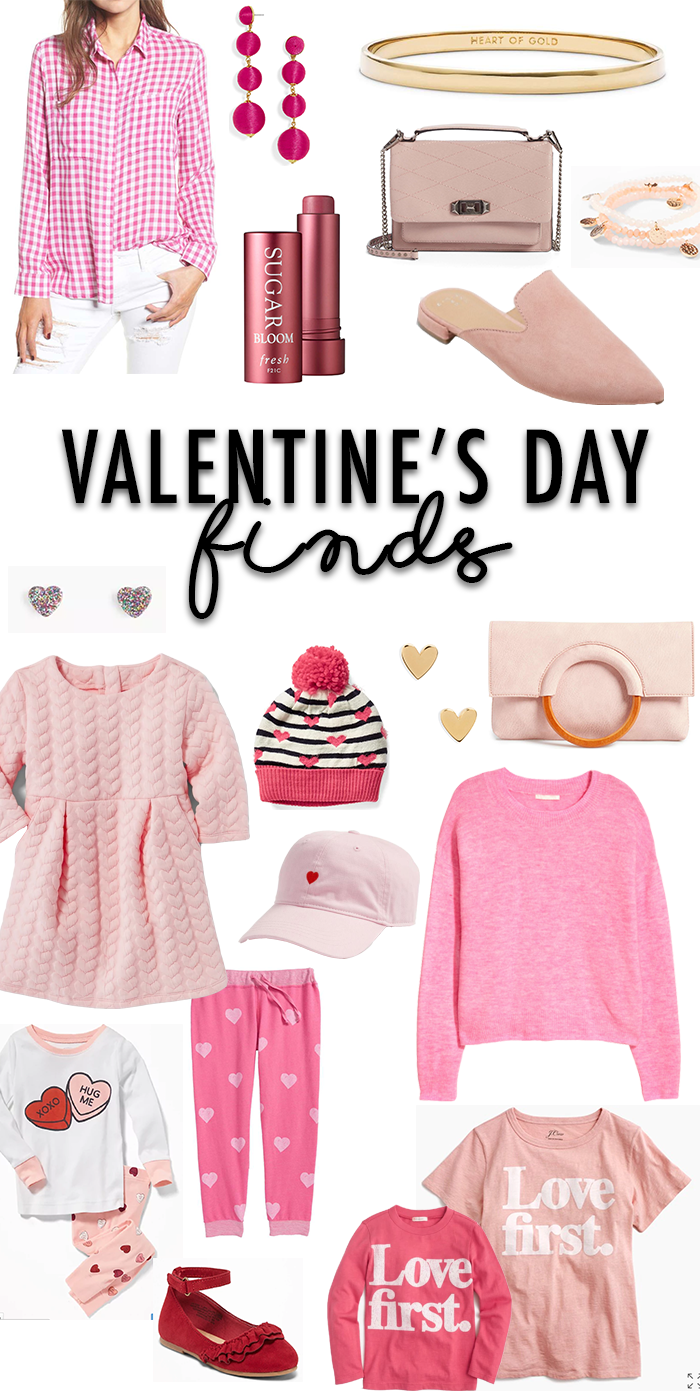