It’s that time of year where all I want to make are fall soups and stews. There is nothing better on a cool day than a bowl of soup and fresh crusty bread. I also love soups as a weeknight meal because of how quickly they typically come together. I can usually chop the vegetables for the soups one day a week and then have them ready to go for soups throughout the week.

If you’re wondering what’s the difference between soups and stews? You’re not alone. I was wondering myself, It turns out, the difference between soups and stews has to do with the amount of liquid in the dish. A soup has a liquid as a primary part of the dish. It’s usually a combination of ingredients well covered with stock or water and simmered until flavorful. Stews differ from soups because they contain less liquid. In a stew, you’ll usually just cover the main ingredients in liquid and allow it to cook down. Stews are also usually served over something like noodles, rice, or another grain. Chili is most definitely considered a stew and it’s one of our favorite stews to have this time of year.

The difference between soup and stew doesn’t really matter in my opinion, both are delicious main dishes that are great to serve in the fall and winter months. Some of my personal favorite soups and stews include chili, chicken and dumplings, gumbo and chicken, and wild rice soup. I remember the dish that made me fall in love with chili. There was this bbq restaurant I used to go to in college that had the best brisket chili. It was so smokey and flavorful. While I’ve never had chili that tasty since then, I started hunting for the perfect chili recipe a while back and found one I love. I started making this chili from SkinnyTaste about six years ago and I still make it regularly to this day. I love to serve it over rice and with cornbread. Some of our favorite toppings are shredded cheese, red onions, and sour cream. Gumbo is another all-time favorite of mine but there’s not a recipe on the internet that comes close to my grandma Willa’s recipe. I prefer a light roux gumbo and those can be hard to find. Lastly, this chicken, mushroom, and wild rice recipe is a new one that I started adding to the rotation last winter. I was so surprised that everyone in my family loved it. I was looking forward to having the leftovers to myself but instead, there weren’t many leftovers to be had!

Let’s get into our favorite soups and stews from around the internet.

This hearty slow cooker chicken tortilla soup is perfect for a week-night meal. With fire-roasted tomatoes and chipotle peppers, it’s full of flavor. The best part is the homemade chips on top (all included in the recipe).

Another hearty fall soup is this Smokey Black Bean and Sausage soup. With smoked sausage and black beans in a tomato base, it’s great paired with cornbread on the side.

This fall soup is a family favorite after our friends made it one night when we were over for dinner. I’ve made it the true Whole 30 way and also with heavy cream (decadent) and I love it both ways. You definitely need this Whole30 Zuppa Tuscana recipe in your fall meal rotation.

This is the same chili recipe I mentioned above. It’s my absolute favorite chili to make at home. You can make it in the InstantPot, on the stove, or in a slow cooker, I’ve done it all three ways. If you’re craving something warm and hearty this is the perfect meal.

You should know, in my eyes, Gaby can do no wrong. Every meal I’ve ever made from her site or her books has been no less than outstanding. This soup is no different. Creamy loaded baked potato in soup form is honestly, my personal version of the perfect meal.

Recently when my family was sick a friend brought over a white chicken chili and I was shocked at how my children devoured it. This version of white chicken chili is so flavorful with roasted poblanos, it’s an elevated soup that you won’t be able to get enough of.

Here we go again with another Gaby recipe. This time it’s an elevated tomato soup. A roasted tomato soup to be exact. It’s perfect just by itself but if you want a glorious experience you’ll pair it with a gourmet grilled cheese. One with crusty sourdough bread and gruyere cheese. Okay, my mouth is watering now.

When we talk about hearty fall soups and stews this is what I think of, a big bowl of minestrone with a hunk of crusty bread on the side.

Tell me a recipe is from Thomas Keller and I’ll make it immediately. This Butternut Squash Soup with Brown Butter is good! It’s a bit time-consuming, so not a weeknight meal unless you have some extra afternoon hours, as you’ll have to let things cool between steps but 100% worth making because it’s that delicious.

Here’s another soup that I mentioned above that we really enjoy in our family. This chicken, mushroom, and wild rice soup is one that I make regularly and whenever the leftovers are gone I feel like weeping, it’s that good. It’s creamy and so flavorful with a variety of mushrooms that I don’t always get to cook with. 10/10 recommend this soup recipe.

A funny-ish thing happened a few weeks ago. I was hosting some friends over for lunch and planned on making the Zuppa Toscana recipe above. Well, after browning the sausage, I stepped away from the kitchen, and when I returned I noticed that Rudy had eaten all of the sausage. I had to quickly pivot and ended up making a version of this tried and true soup recipe: Broccoli, cheese, and potato soup. I can’t believe it but I’ve been making this soup for nearly a decade. It’s always in the rotation for fall soups and stews in our house.

Mole-style chili with andouille sausage and zucchini is different and intriguing, am I right? The flavors, oh the flavors! If your in the mood for something hearty but not interested in the typical three-bean chili, I highly recommend giving this recipe a shot.

Corn chowder but make it spicy. This soup packs a punch in the spice department. It’s so flavorful and a bit of hot sauce goes a long way. If you’re in the mood for something different on a cool night, try this Street Corn Chowder.

There are few things more comforting than a bowl of ramen. It’s hard to make perfect ramen at home but this Creamy Miso Ramen Soup is about as close as you can get. The rich earthy flavors with a touch of spice and real ramen noodles come together in this bowl of deliciousness.

Thos are my top 15 choices for fall soups and stews. What about you, what are some of the best recipes you’ve tried and love? If you’re using Pinterest, be sure to only pin the first image – to save the individual recipes, please visit the recipe site and pin from there! 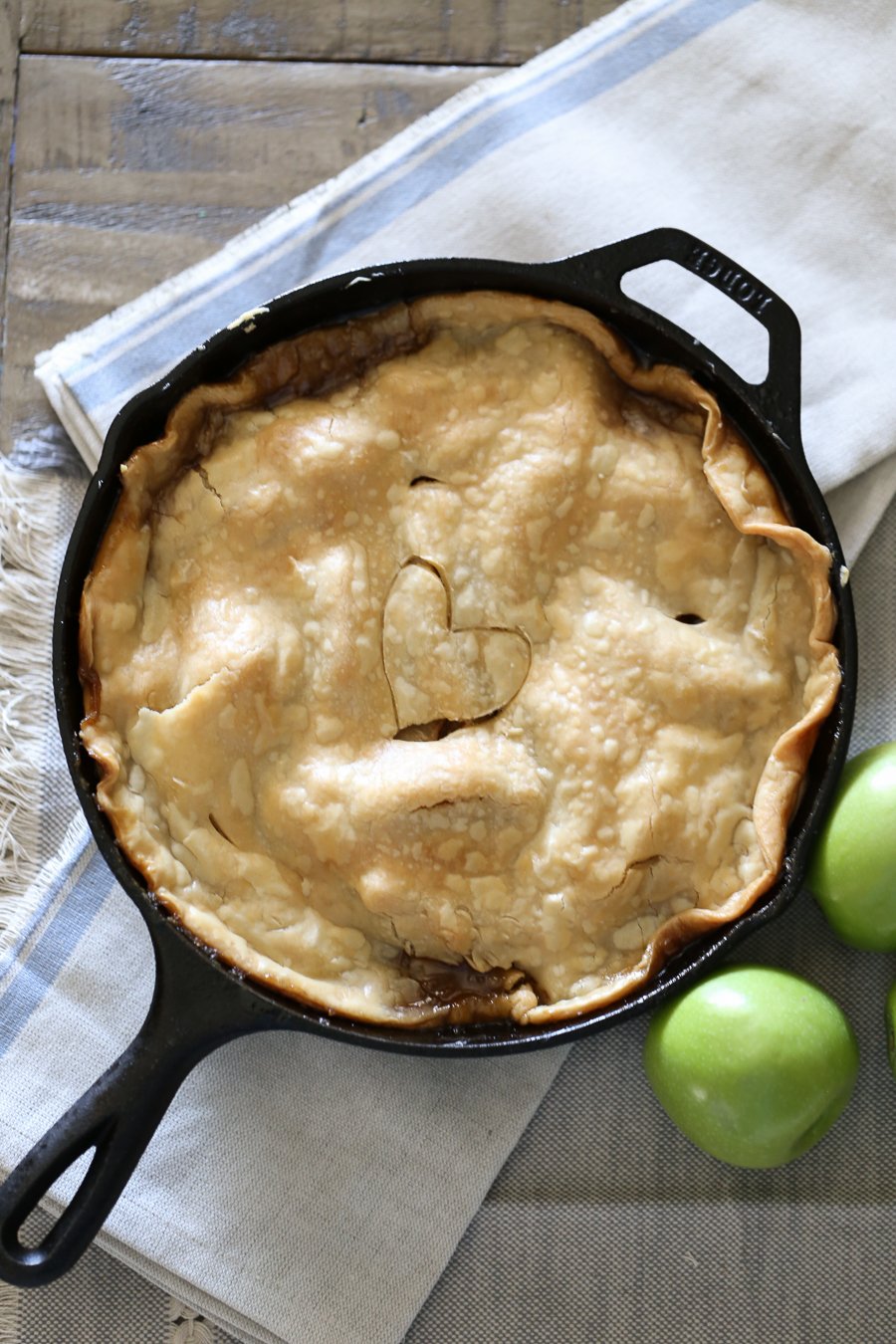 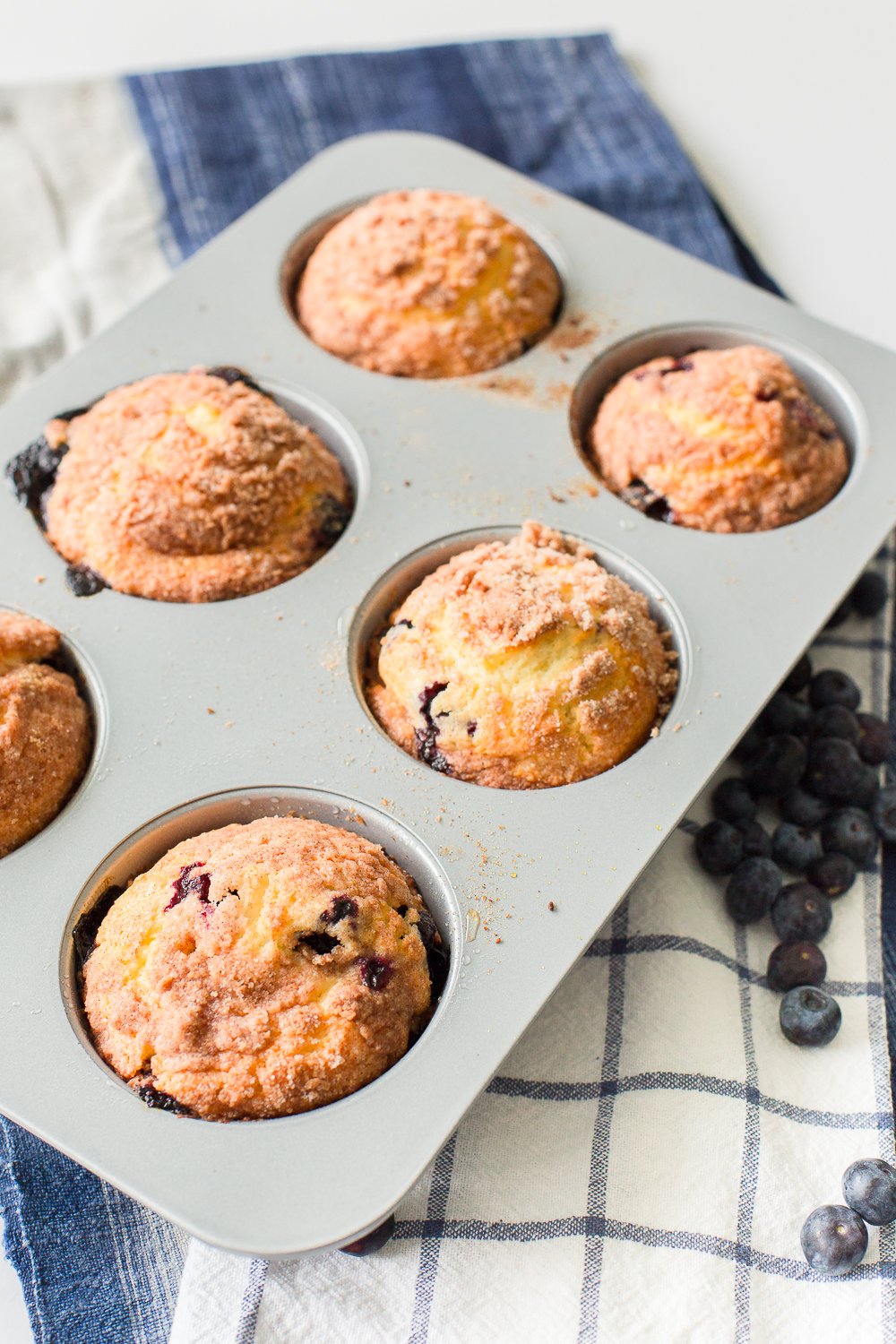 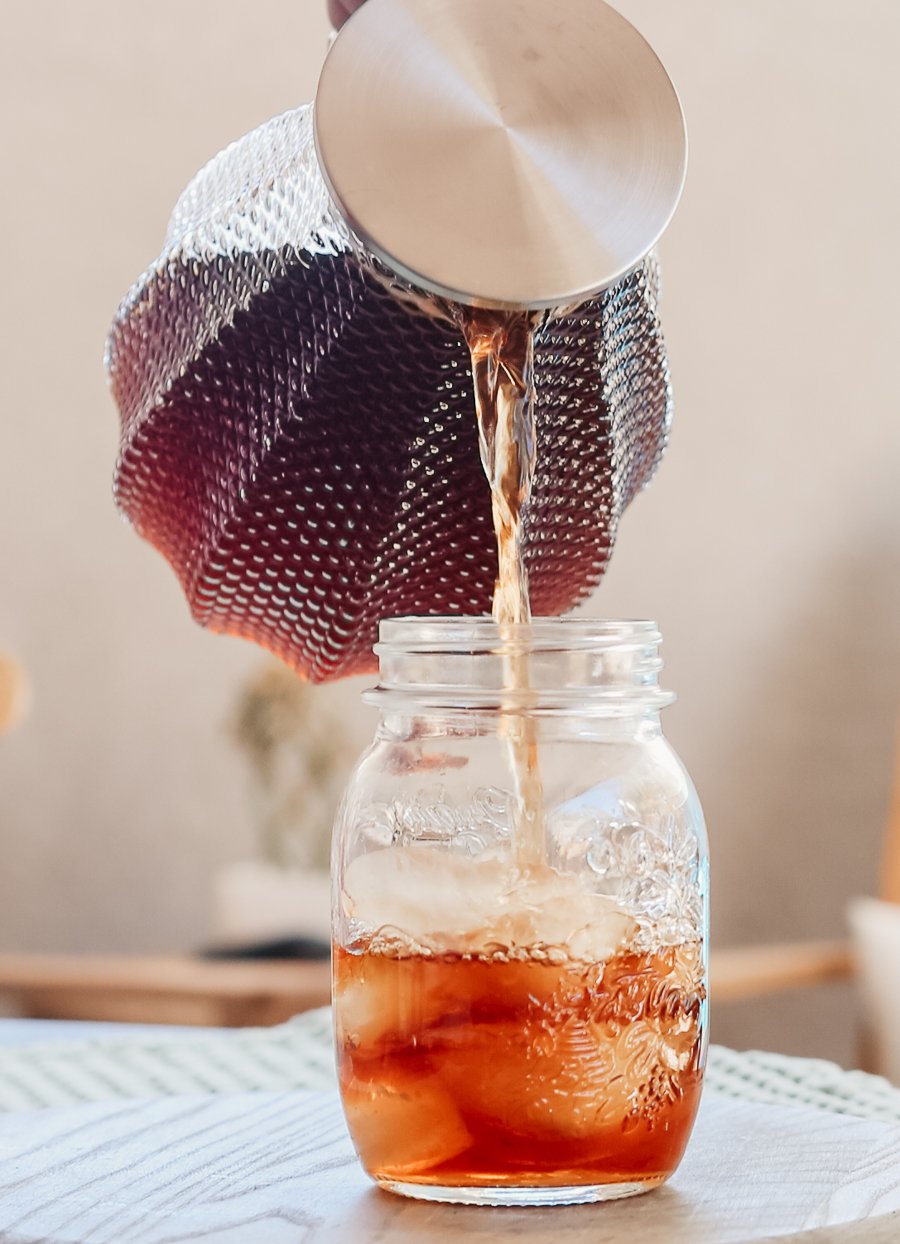 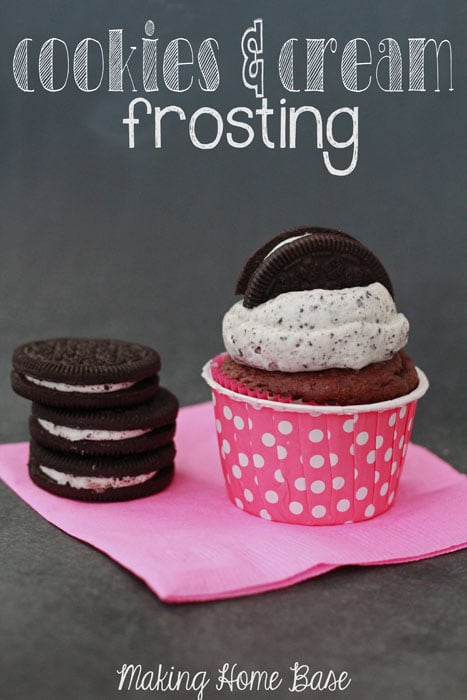 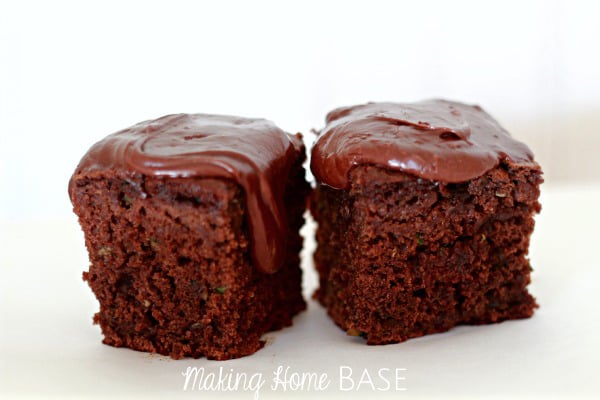 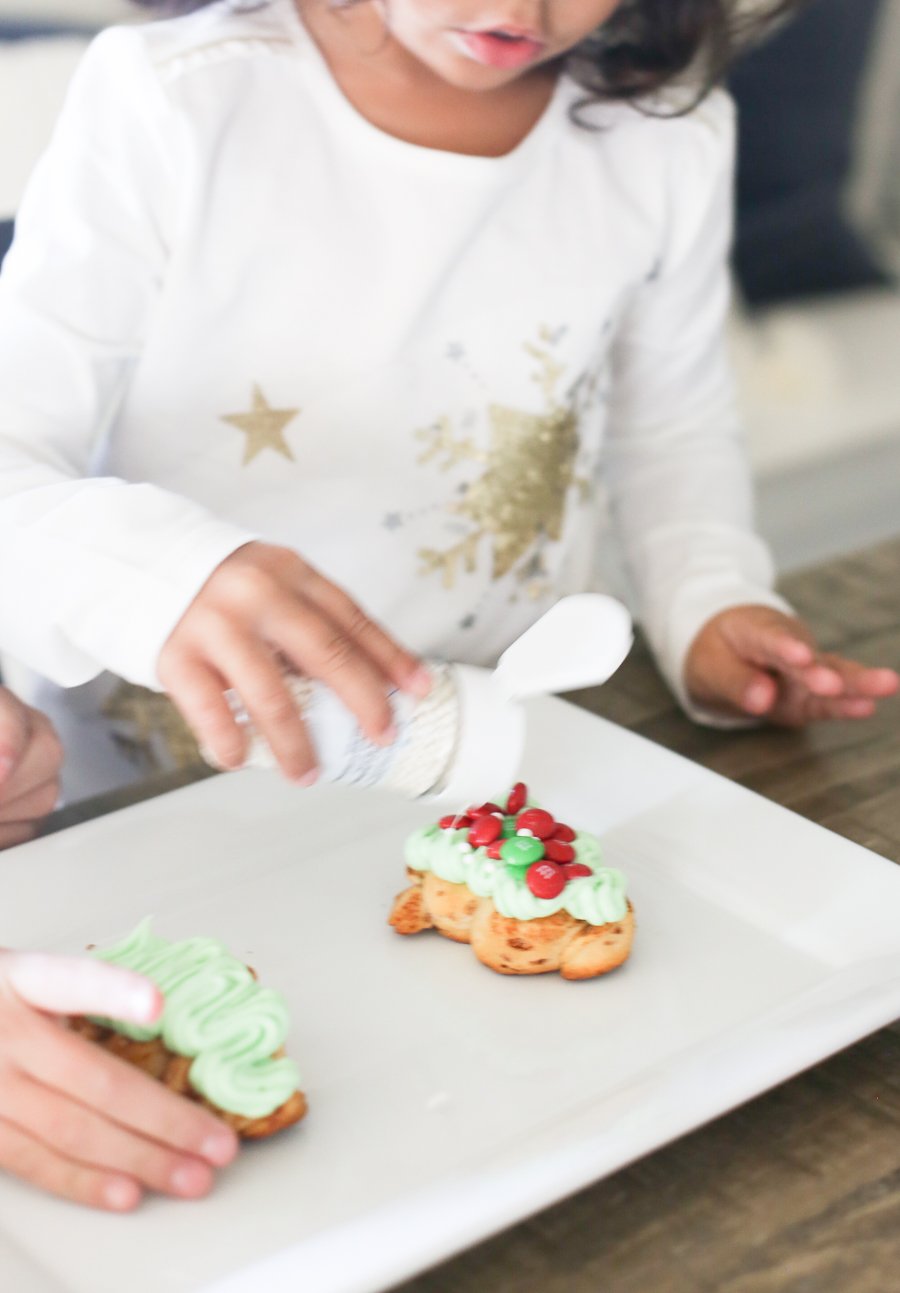