Week three of the Clutter Free Challenge is all about Kid Spaces. If you’re like me, this is the area that can really use the most attention in our home. I would love to hear about your wins over the past two weeks (kitchen and living spaces) – so let me know in the comments what you’ve been able to organize or declutter! This week, I did the usual things like ditch some clothes and some toys but what really needed attention was all of the little, itty, bitty, tiny toys that my girls have. So, if your ears perked up because you have Shopkins or Littlest Pet Shops all over the place, read on. If you’ve got kids with other tiny toys, I’m sure you’ll be inspired as well. Here’s how we organize tiny toys. 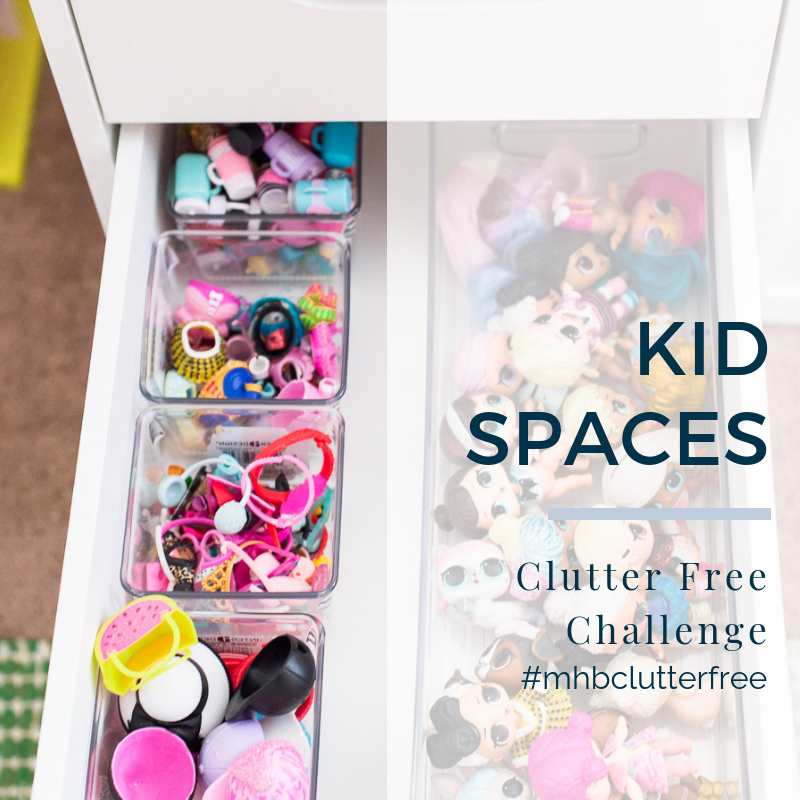 How to Organize Your Kids’ Tiny Toys 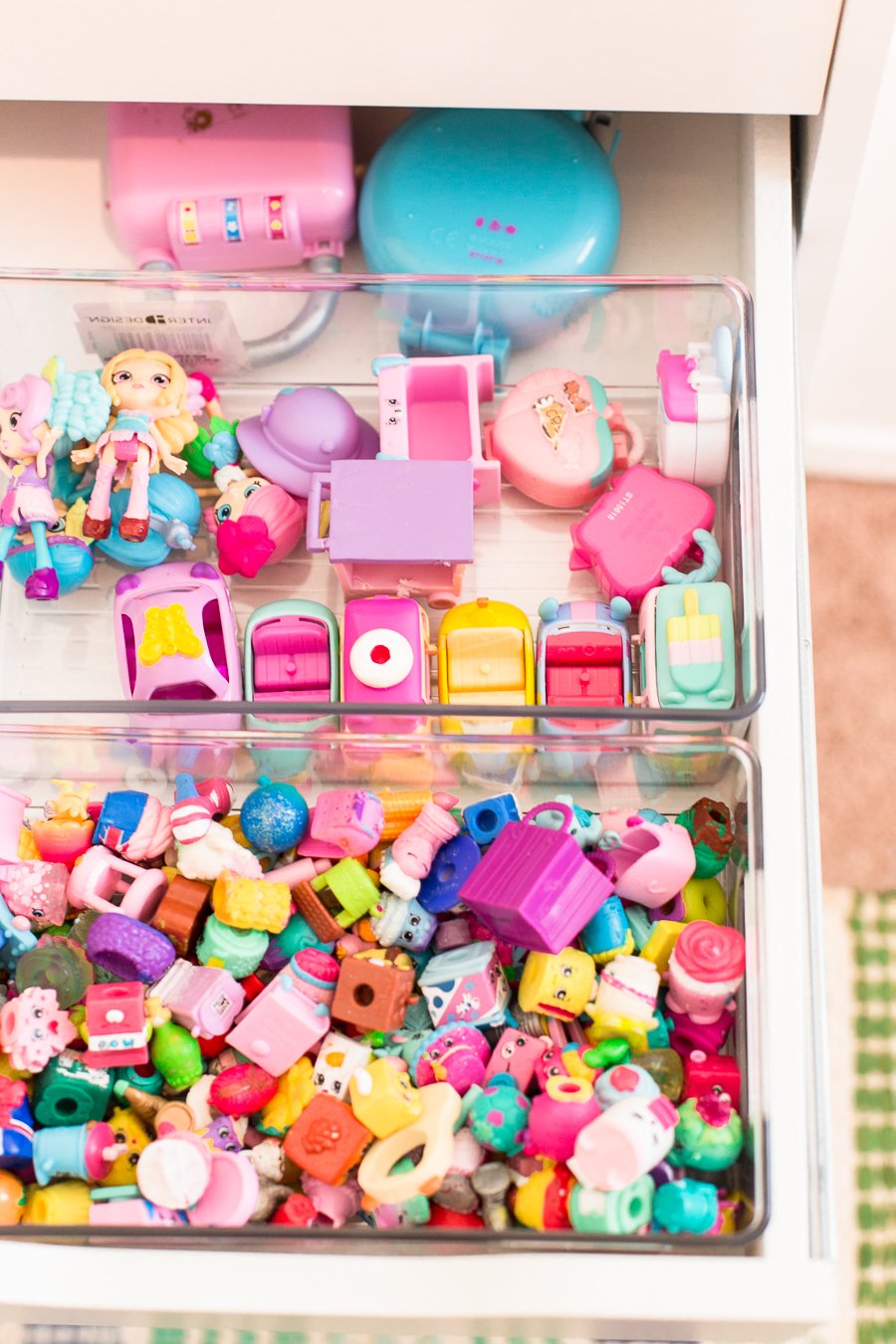 Of all the toys my children have, their favorite things are Shopkins and LOL Surprise dolls. They will get lost in imaginative play creating an entire village for these little characters. They’ve collected quite a few over the years and we’ve tried different things to keep them organized. 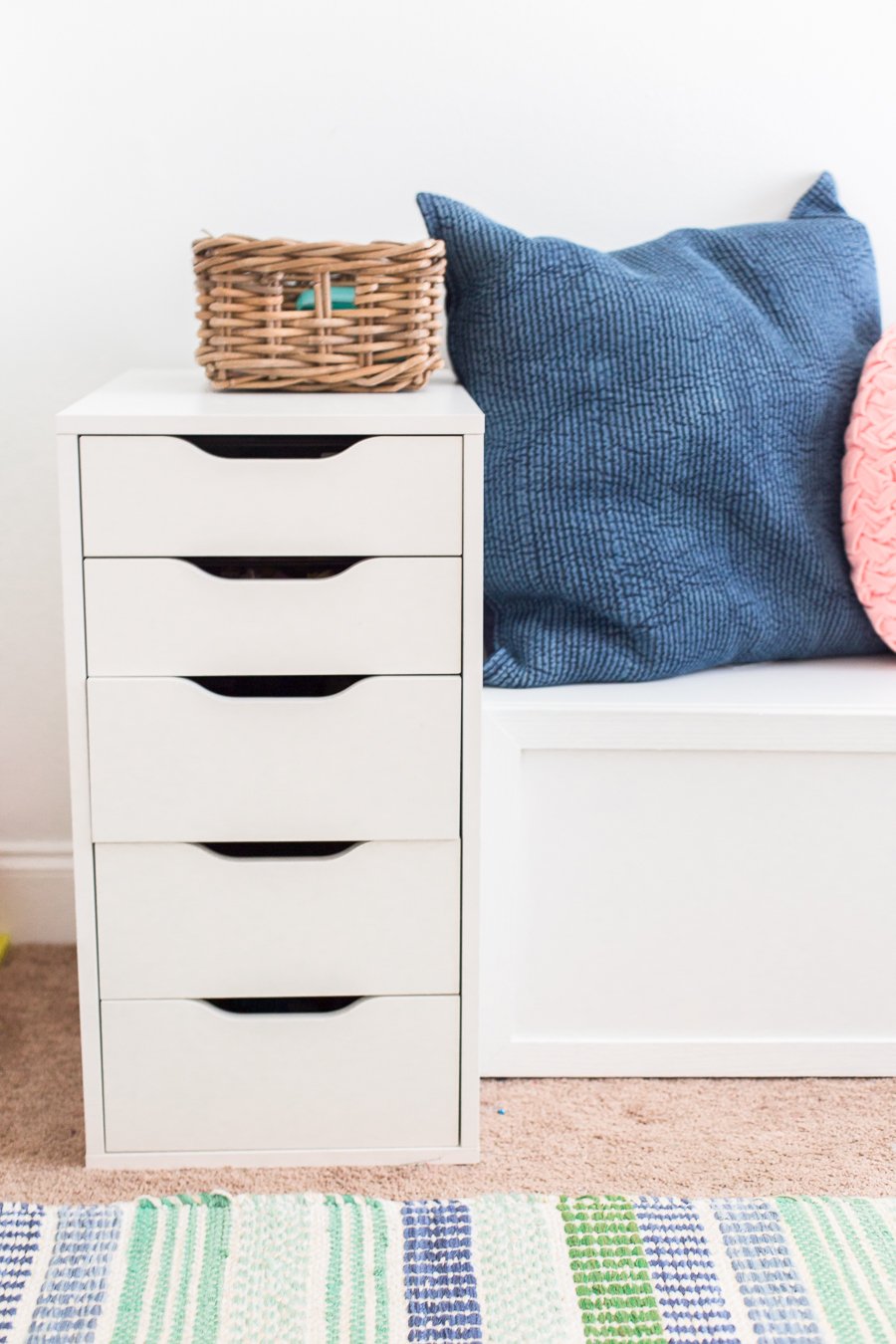 About a year ago we added some new storage elements to our playroom to mitigate the tiny toy issue. We have a Shopkins drawer, a Barbie drawer (we have much less Barbie items), and an LOL Surprise drawer. I thought, smaller drawers would surely solve the tiny toy problem. Compared to the deep baskets, the drawers were better but they still weren’t ideal. 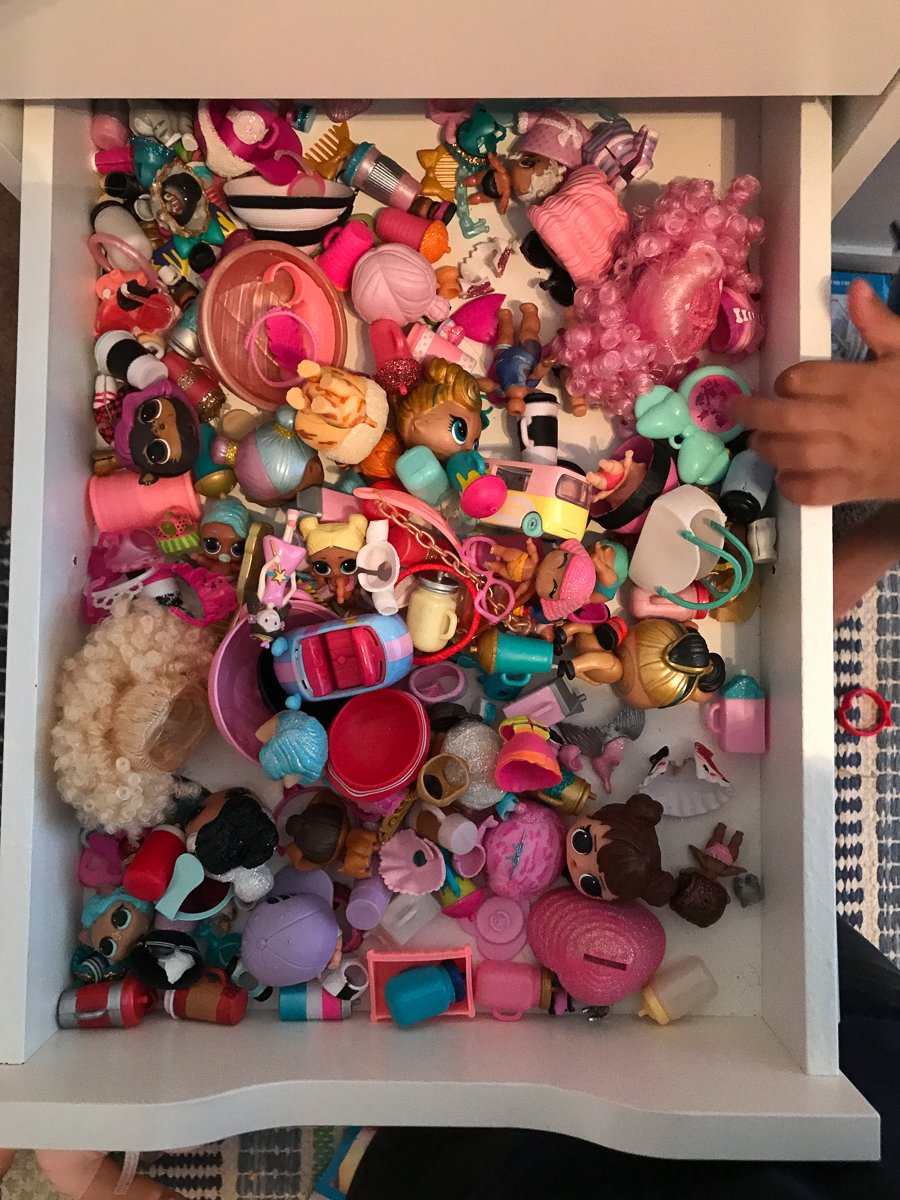 See exhibit A: the LOL drawer. While all the items are hidden nicely in this drawer, it’s far from organized and it definitely didn’t keep the question, “MOM! Where is Spice’s bottle?” at bay. 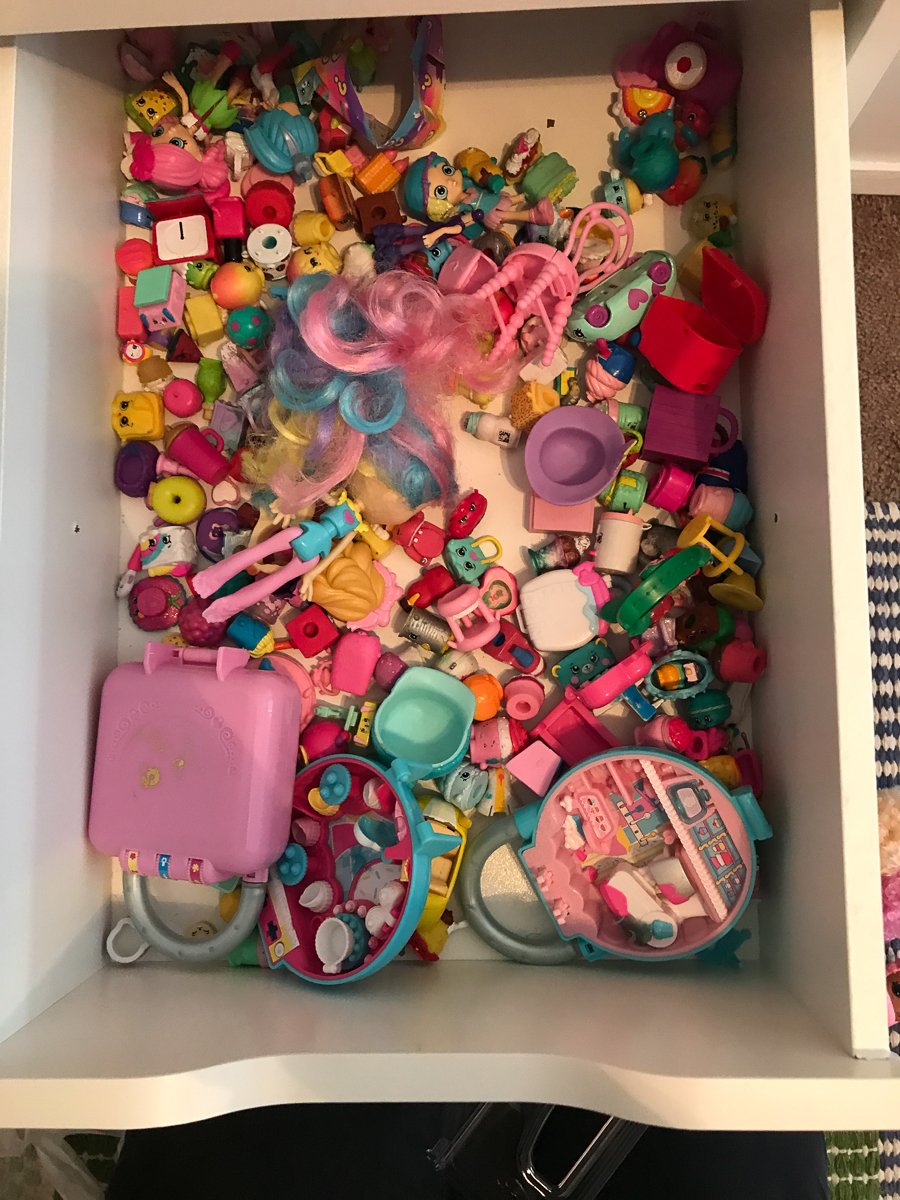 The Shopkins drawer was just as bad. 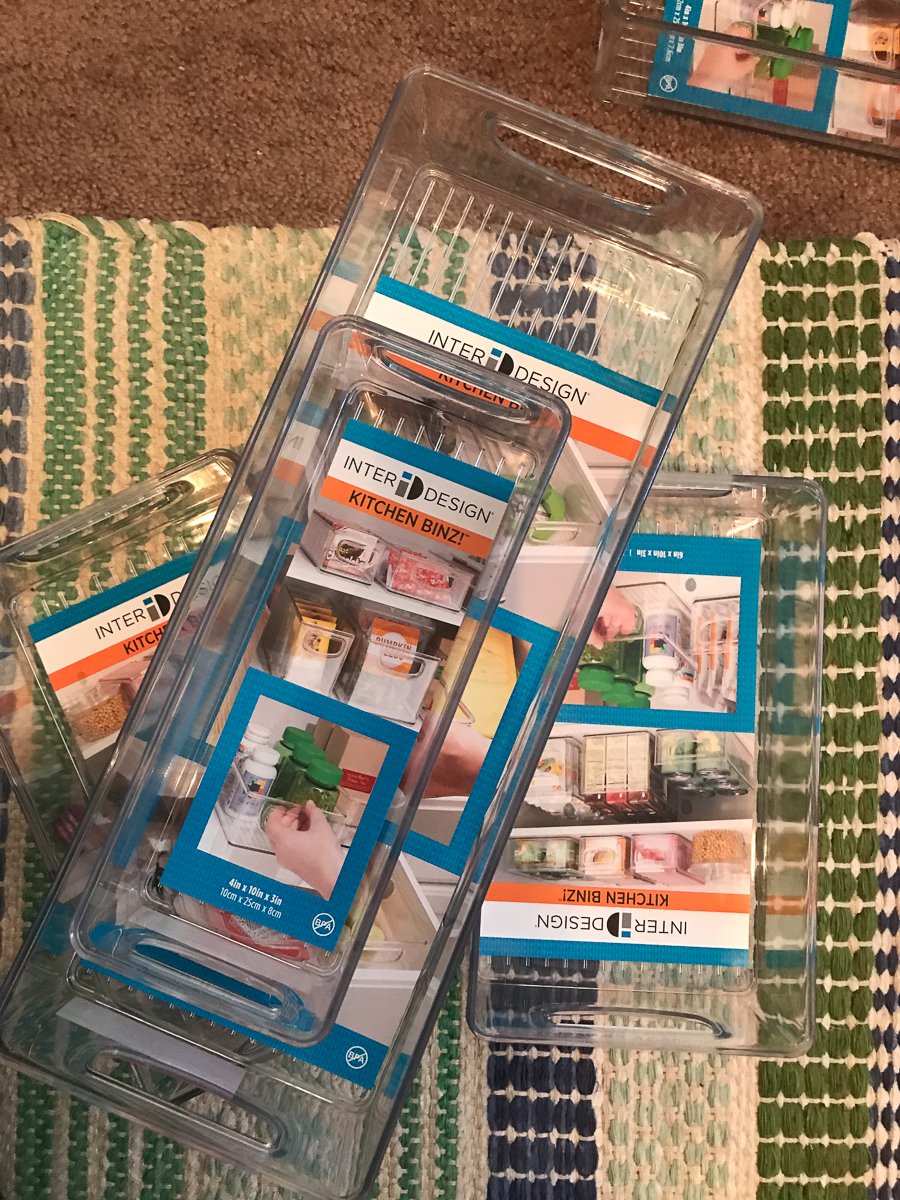 Since the pantry organization went so well with these clear bins so I used them again in the girls’ playroom as drawer organizers. 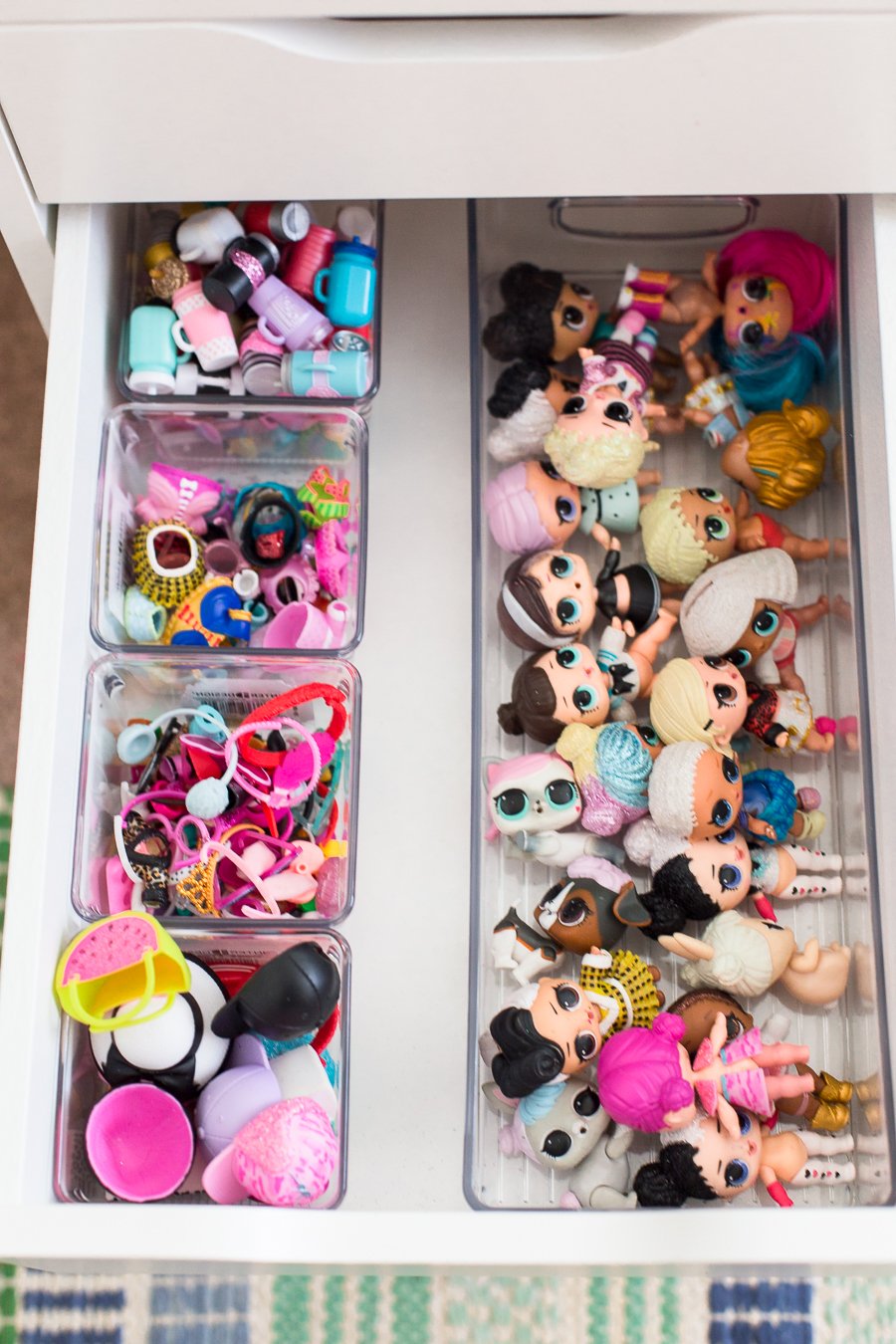 I’m so excited about how well this is working out for the girls. Instead of tossing all of the LOL Surprise items in the drawers willy nilly, we created separate areas for like items. We used a skinny and long organizer to hold all of the dolls. Then, we used several smaller square organizers for the different accessories that come with the dolls. 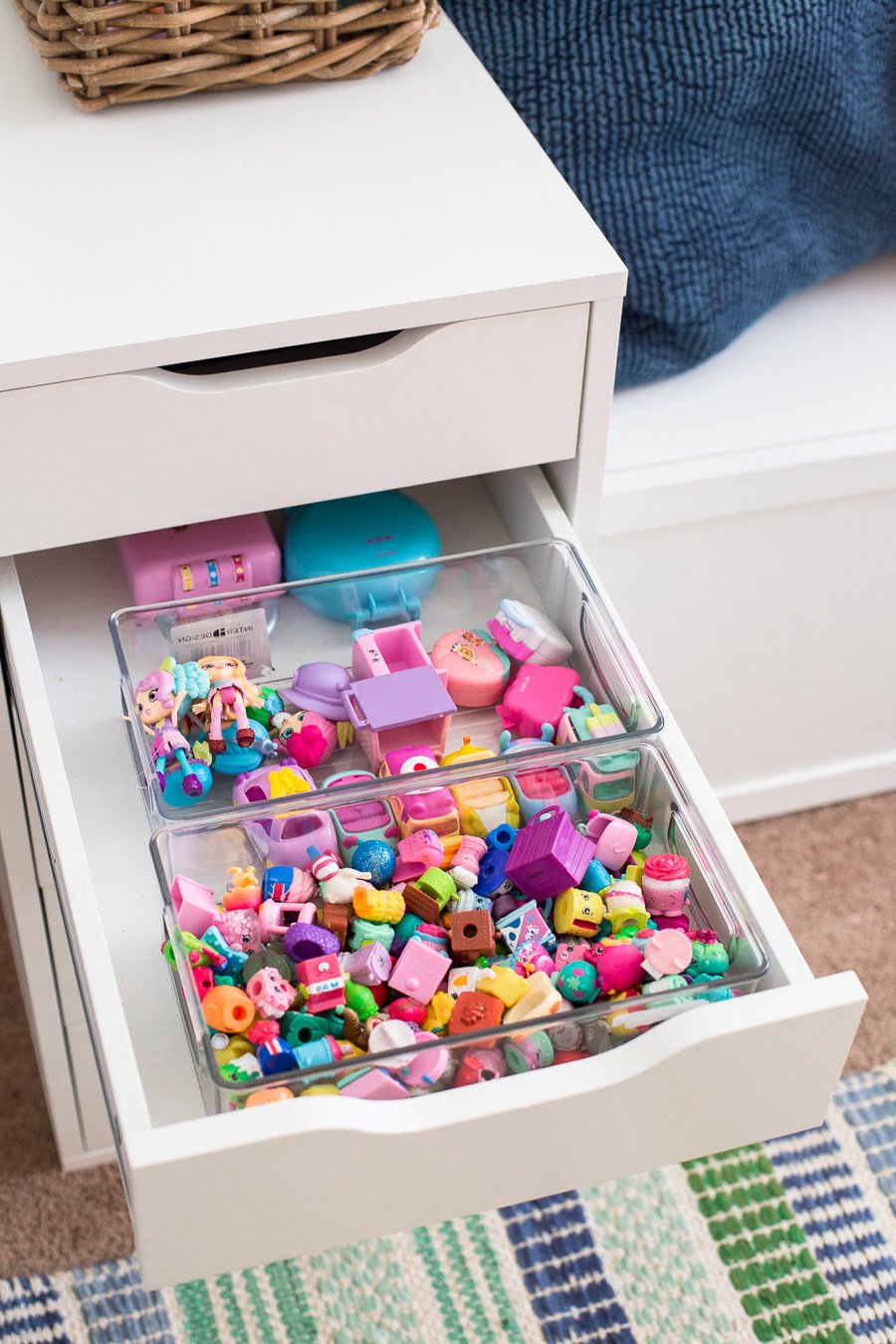 I’d love to hear how you organize the tiny toys in your house and what you are working on this week for the Clutter Free Challenge. Let me know in the comments.

This post is a part of the Clutter Free Challenge series.

If you are interested in more toy organization – here’s a post on how we’ve organized our playroom in our new rental. 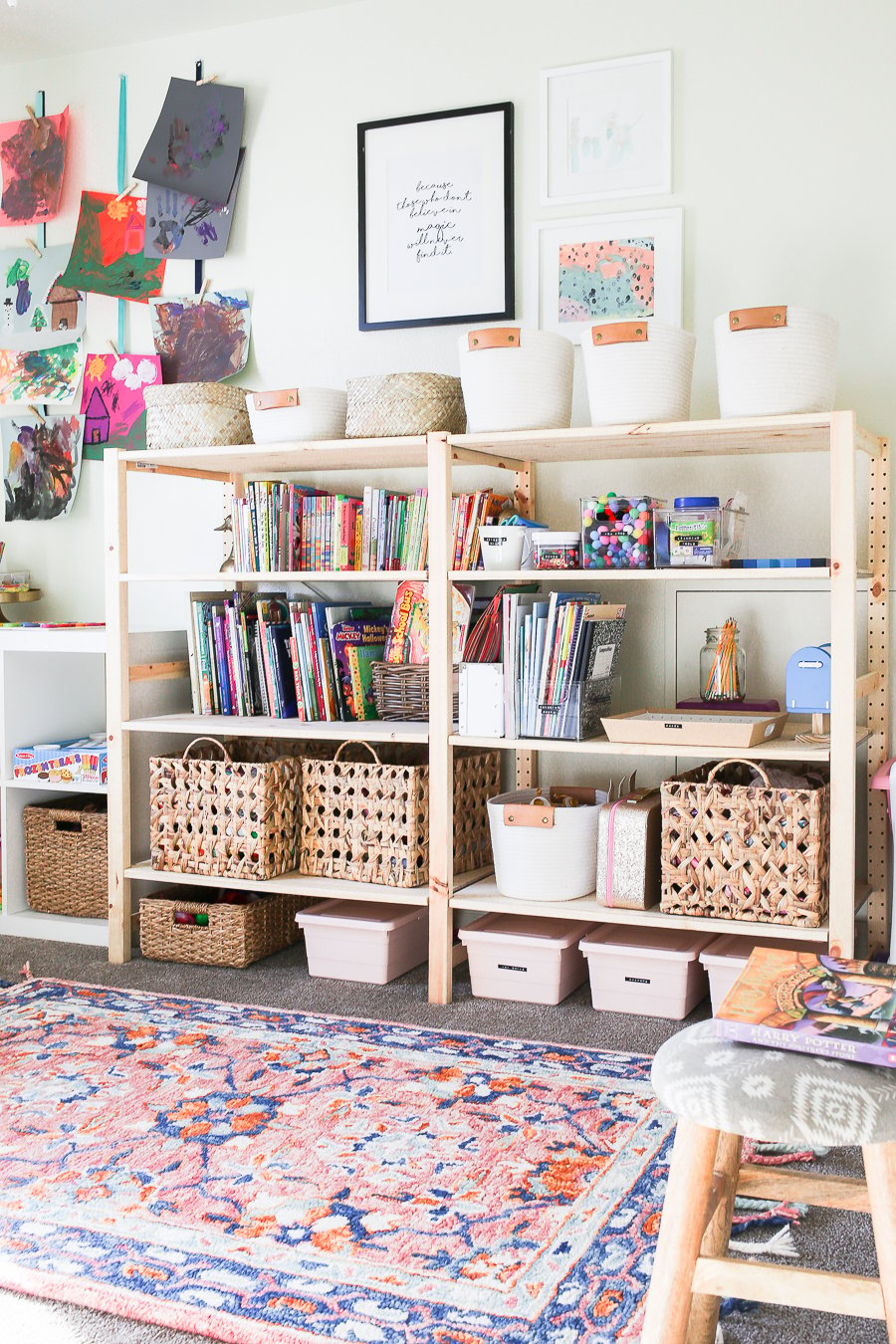 How to Organize Stuffed Animals

How to Organize a Craft Cabinet

Toy Organization Without a Playroom

Pin the Image Below to Save for Later 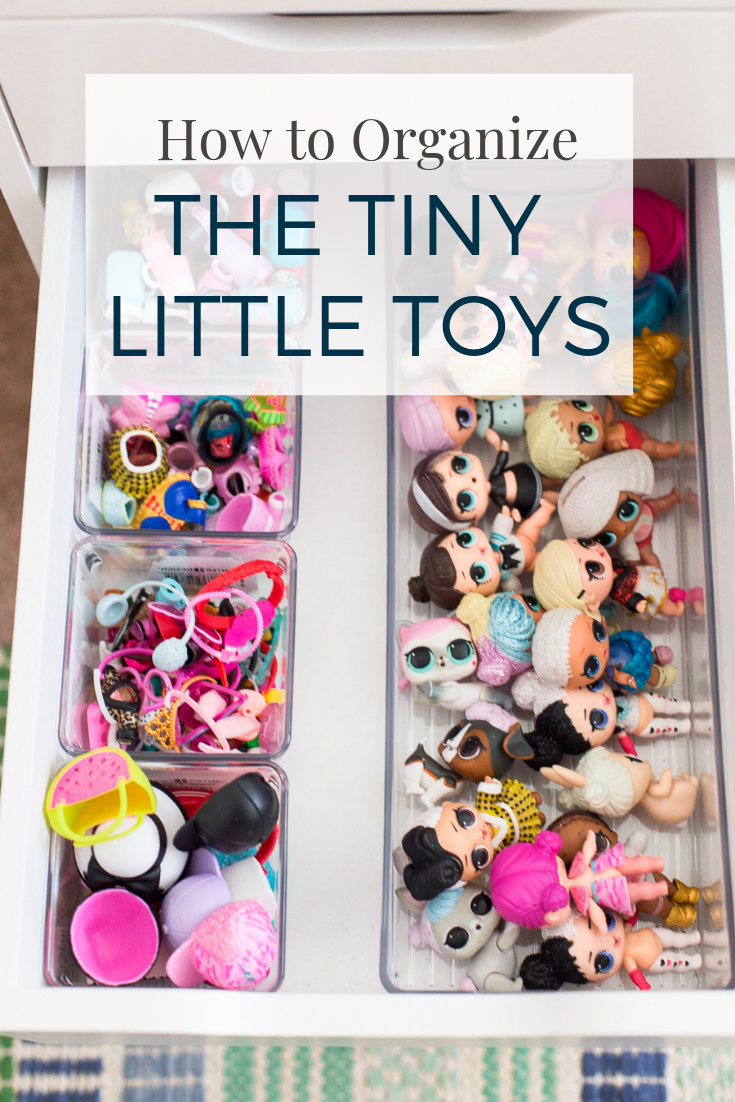 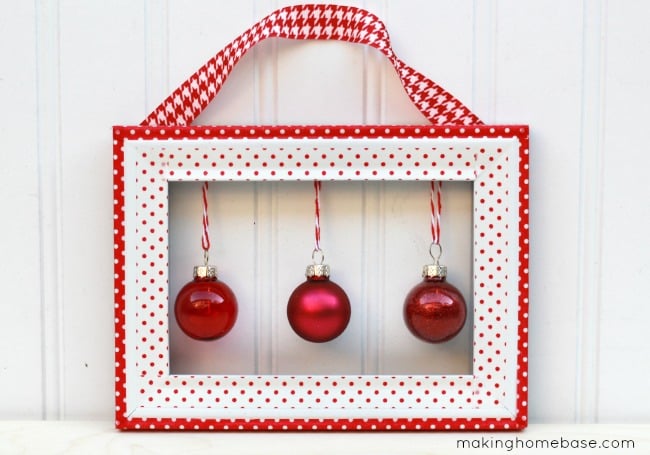 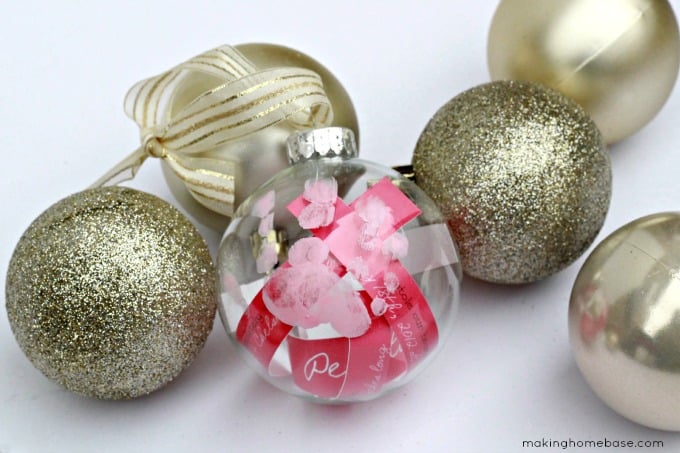 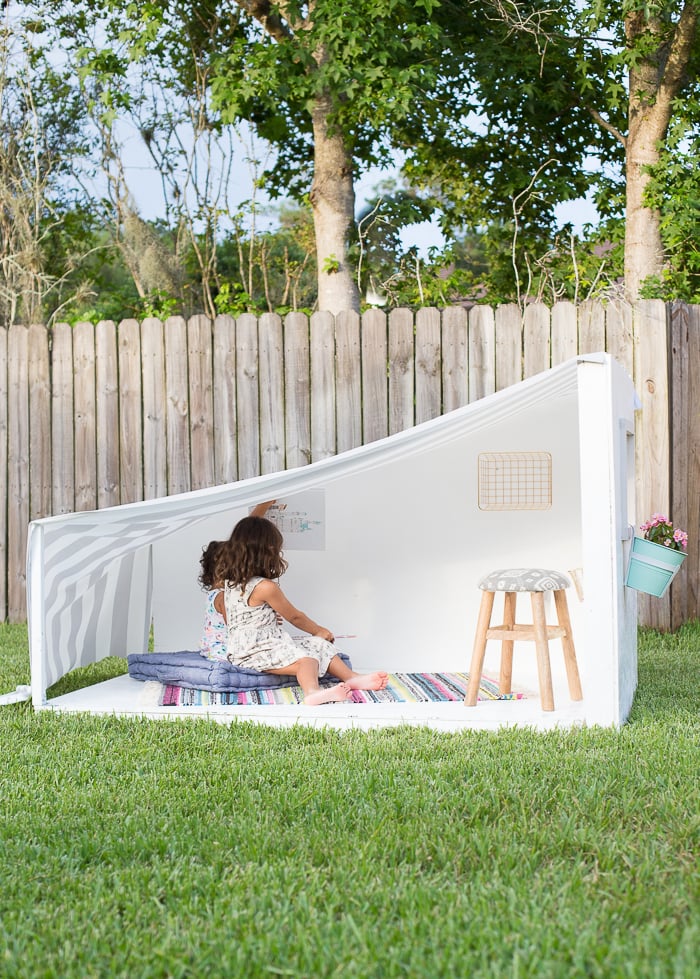 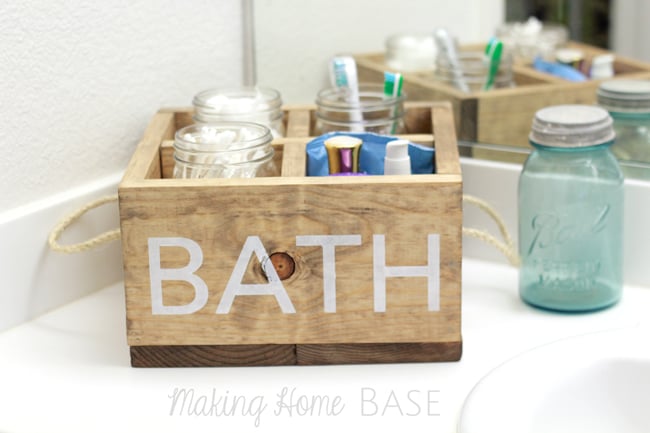 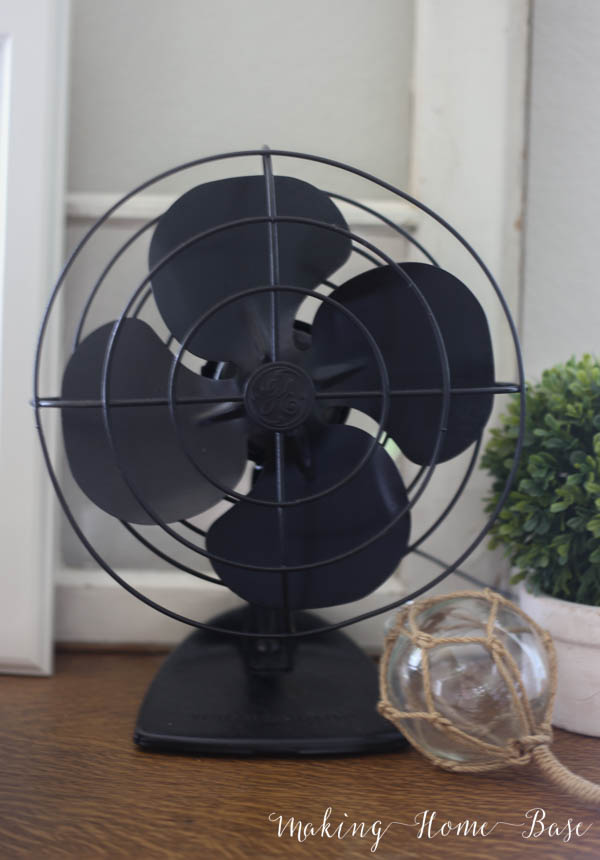